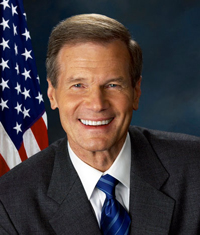 Rubio is expected to announce his campaign in two weeks in Miami.

“I kid him all the time. I said, it looks like you’re running from Florida. Maybe Jeb. I ought to throw my hat in the ring and make it a trifecta. But I’m not.”

Rubio widely is expected to face former Florida Gov. Jeb Bush for the Republican nomination, although Bush has made no formal announcement yet.