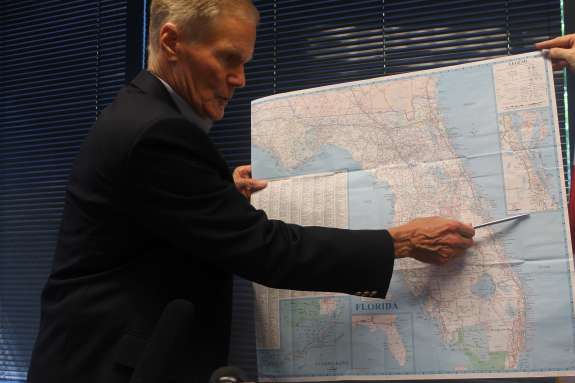 Nelson says the oil and gas exploration would take place right off the Space Coast. Photo by Amy Green

The measure puts the central Florida Democrat at odds with President Barack Obama, who approved the seismic testing last summer.

Seismic testing involves blasts of sound deep in the ocean every 10 to 12 seconds. Environmentalists say the sound would have a widespread and long-lasting impact on sea life.

Nelson says the oil and gas exploration is a first step toward drilling.

He says the environmental and economic consequences of drilling are obvious. But he says Florida is unique because rigs would be in the same ocean where rockets fall back from space.

Nelson joins a growing number of communities along the Atlantic Coast including in Florida opposed to seismic testing.