Nearly 16 years after Pluto lost the title of planet, researchers are still debating the definition of planet 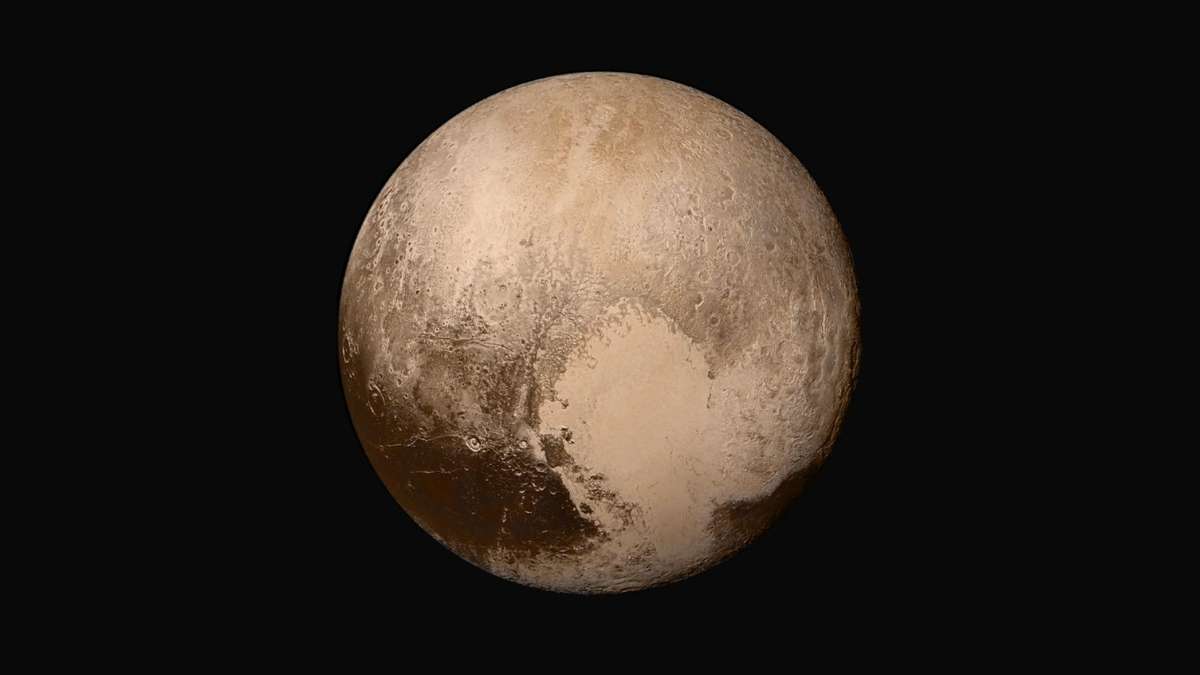 Four images from NASA's New Horizons were combined with color data from the Ralph instrument to create this global view of Pluto. (The lower right edge of Pluto in this view currently lacks high-resolution color coverage.) Photo: NASA

There are about 2.6 billion miles between Earth and Pluto. If you take a rocket, it would take only 10 years to get there — by car, some 6,000 years. Despite the distance between us, Pluto’s planethood is still one of the biggest controversies in planetary sciences.

A decision from 16 years ago stripped the title of planet from Pluto which caused quite a debate as people jumped to support Pluto’s planethood. Still today, the debate rages on as a group of researchers argue it shouldn’t have lost its planthood in the first place.

It started back in 2006 with a decision by the International Astronomical Union, a group of scientists that are tasked with naming celestial objects.They had to name a newly discovered planet, 2003 UB313, so scientists wouldn’t have to keep calling it by a series of letters and numbers.

When that object now called Eris was discovered it had a body with similar features as Pluto. That raised the question: should Eris be considered a planet?

LISTEN: Hear from planetary scientists Dr. Philip Metzger about the controversial definition of planet and why he thinks Pluto should get its planetary status back.

That question led the IAU to revisit the rules on what makes a planet a planet. The IAU said that a planet should consist of these three features; it has to orbit around the Sun, it has to have enough mass to be a round shape and have enough gravity to push nearby objects.

According to the IAU, Pluto did not have enough gravity to push celestial objects away. Pluto was downgraded to a dwarf planet.

Not only did the decision widdle down our planet count to 8, it also stirred a major controversy among researchers.

“Some of us have been arguing that we shouldn’t just let it go. It really does matter,” said Philip Metzger, a planetary scientist at the Florida Space Institute. He co-authored a study that took five years to conduct, arguing the IAU made a big mistake.

“I think a lot of us do consider it a planet. But the reason the International Astronomical Union voted to say that it’s not a planet is a rather convoluted tale,” Metzger said.

Up until 1920, astronomers had a good concept of what made a planet functional. However, from 1894 to the 1960s, there was a flat period where not much was being discovered in planetary sciences.

During this time “astronomers weren’t really doing much planetary science” and because of this lack of interest they “defaulted back to this cultural idea of a planet.” Metzger said.

After that flat period of planetary sciences, there was a “cultural” split between astronomers and planetary scientists that do geoscience – researchers that focus more on planets than stars.

“There was so much other exciting stuff going on in astronomy,” Metzger said, “and we didn’t yet have technology to really get anything new about planets to study.”

This “split” led us to the great planetary debate there is today.

The decision to downgrade Pluto is also steeped in bureaucratic controversy. The IAU meets every three years to discuss what is on the agenda. For any future topics discussed, they must be listed on the agenda six months before the meeting date.

Metzger said that during 2005, when Eris was discovered, the IAU had struggled when trying to categorize it. During the 26th meeting of the IAU, they had brought up the discussion on the definition of a planet — without warning planetary scientists.

He argues that planetary scientists are going to continue to ignore the “new” definition for planets and stick with the old ones.

“We are using a functional concept of a planet anyways,” Metzger said, “I think that a combination of ignoring it and eventually fixing it is the way we’re going to go forward.”

He also said that the definition could change in the future, but it may take a while.

“I think it might take a good 40 years, for a lot of people to retire,” Metzger said. ”They’re going to have to retire and get out of the way before younger people come in.”