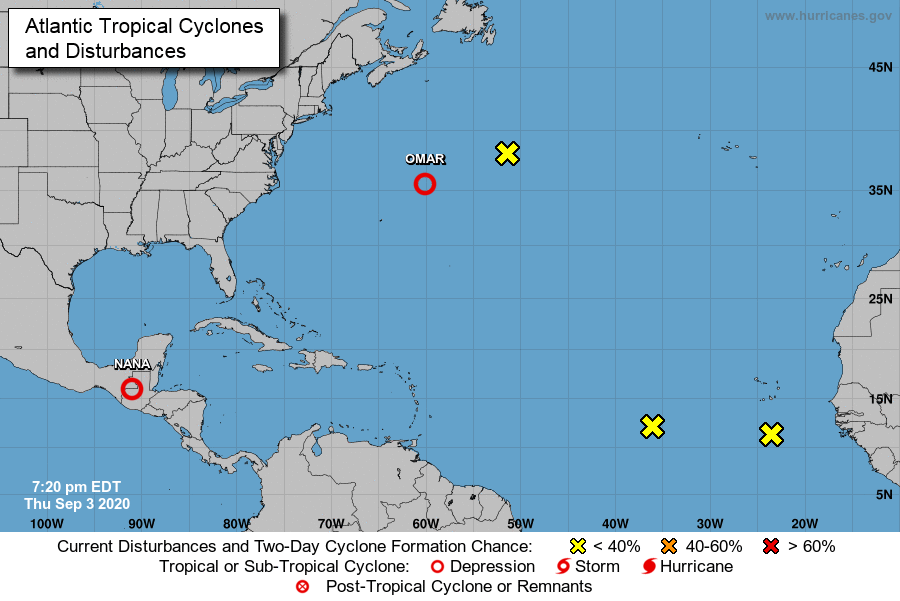 Nana is expected to continue weakening over the region and move into the Pacific.

Meteorologist Dr. Athena Masson says we are nearing the peak of the hurricane season and there are already three more tropical waves moving toward West Africa.

“September 10th marks the statistic peak of the Atlantic Hurricane Season. This is generally when activity really begins to heat up with tropical cyclones becoming more frequent in the basin. At this time there are three waves, one which has a high chance of developing over the next several days, and two which have a low to moderate chance. These waves will need to be watched closely over the next few days as they develop and travel westward.”

Dr. Masson says that these waves do not pose an immediate threat to the United States but they should be monitored closely.

The peak months of hurricane season run from August through October with the season coming to a close on November 30th.