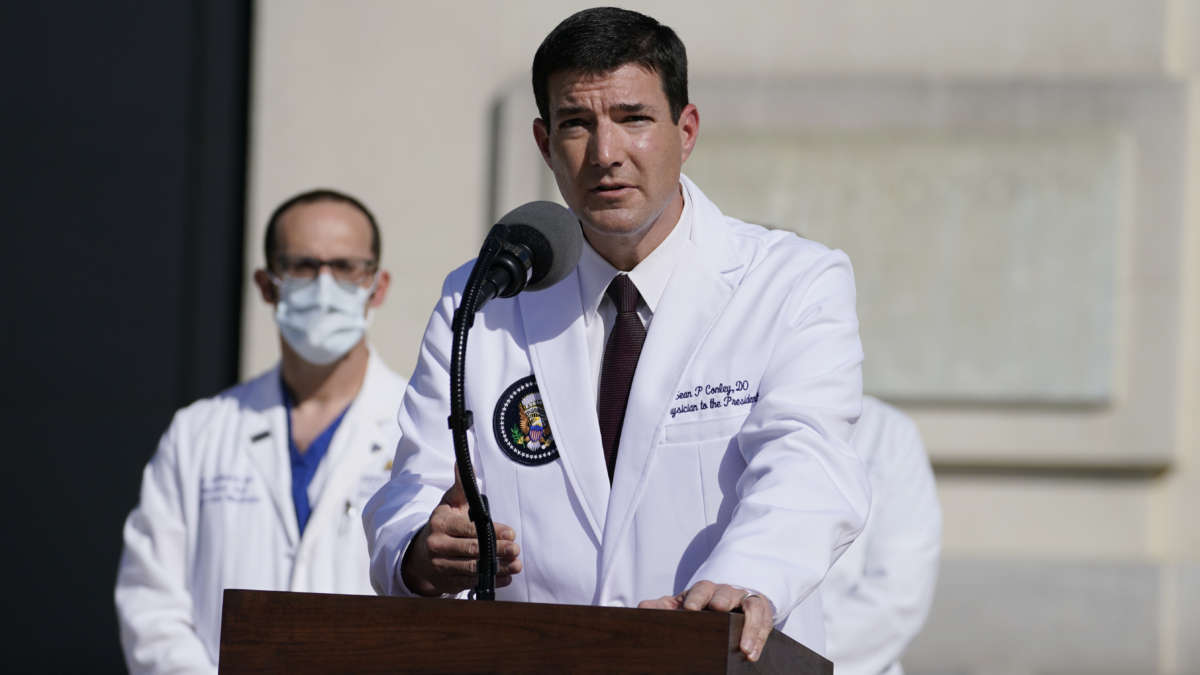 Dr. Sean Conley, who’s treating President Trump’s case of COVID-19, is the latest in a long line of active-duty military officers who have been in charge of treating presidents.

“Over the past 24 hours, the president has continued to improve,” Dr. Conley said Monday afternoon at the Walter Reed National Military Medical Center, just outside Washington in Bethesda, Md. “He’s met or exceeded all standard hospital discharge criteria.”

However, he added that Trump may not be “entirely out of the woods yet.”

The president tweeted earlier that he would be heading back to the White House on Monday evening.

Dr. Conley, 40, is a commander in the Navy and has been the president’s physician for a little over two years.

However, when the president receives his annual medical checkup, or needs care for a potentially serious illness, the president heads to the Walter Reed National Military Medical Center.

This tradition of a military doctor serving the president dates back well over a century. A Navy officer, Dr. Presley Rixey, was considered the first to serve full-time as the White House doctor, assuming the role under President William McKinley. Dr. Rixey was with McKinley and when the president was shot in Buffalo on Sept. 6, 1901, and was in charge of his treatment until he died eight days later.