Navigating The Coming Out Conversation — From Both Sides 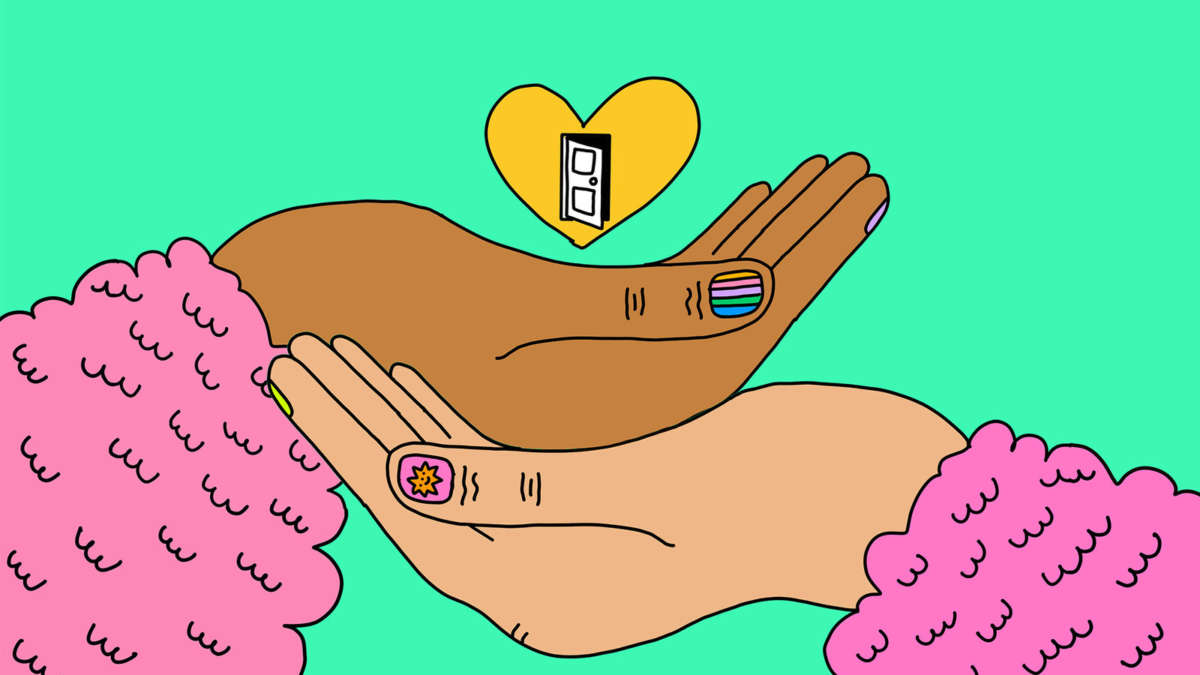 Coming out is scary no matter how old you are or how loving your friends and family may be. You’re revealing a deeply vulnerable side of yourself, and fearing that the person you’re sharing with could say something harmful in response.

On the flip side, when someone comes out to you, it can be tricky to know what to say. How do you express uncertainty or fears without seeming insensitive? How do you show your support without being overbearing? Even the most well-intentioned listeners can accidentally say something wrong.

Coming out conversations, with all of their nuances, can be tricky to navigate.

But fear not, we’re here to help. For this episode of Life Kit, we spoke to queer and trans people about their own coming out experiences and the advice they would give to people on both sides of the conversation.

1. If someone comes out to you, don’t make it about you. You’re there to listen!

If someone comes out to you, you have a responsibility, in that moment, to make space for them.

“They probably trust you a great deal and they’re being very vulnerable with you,” says Schuyler Bailar, an advocate who focuses on transgender inclusion and education. It’s a big deal that they’ve chosen to share with you.

So even if you have questions or concerns, that first conversation isn’t the place to bring up your own feelings. There will be time later on for more conversation (and opportunities for you to do some research on your own, for that matter), but this is your time to just be a great listener.

If the emotion you find yourself feeling is discomfort, treat it as an opportunity for introspection, not discussion. “I want anybody who’s feeling those things to ask themselves why? Where’s that coming from? What is it stirring up within that person?” says Bailar. “And recognize that those emotions are not the responsibility of the person coming out but your own responsibility to deal with.”

2. Someone sharing their identity is not an invitation to ask invasive questions.

When Bailar came out as transgender in college, he wrote a public Facebook post that he shared with everyone in his life. Well, almost everyone. He initially hid it from his Korean grandmother, who he feared would disown him if she knew about his identity.

Eventually, he wrote her a heartfelt letter detailing how he came to understand his identity. His grandma read it at her kitchen table, in front of Bailar and his mother. She beamed at him and said she always knew, and that now she had a new grandson.

In the weeks and months that followed, Bailar says he was especially grateful that his grandmother let him share as much as he was comfortable about his transition, and didn’t ask a bunch of prying questions. He says that’s a lesson for anyone who has someone come out to them about their gender identity: “A lot of folks think that when I disclose my transness to them, I’m opening up a conversation about my body … I’m not.”

3. Make time for the conversation.

The writer and host of the podcast Popaganda, Carmen Rios came out to her mom, it did not go as planned. Rios was 20-years-old at the time and home from college. While her mom was driving her around town, she blurted out that she liked girls.

Her mom was surprised by the sudden confession and didn’t know how to respond. So Rios says that instead of sticking around to talk it through, “I ended up sort of storming out of the car and, you know, dramatically getting another person to drive me home.”

Rios regretted dropping the information on her mom and then running away before she could really process. Eventually, they talked again, this time with both of them more prepared to really sit down and have the conversation. Rios’ mom was much more open and accepting.

It’s important for both parties involved to recognize that coming out is neither a conversation that can be rushed nor is it a one time deal. Be ready to really talk it through, as it can take time for everyone involved to adjust to this new aspect of your relationship.

4. If you’re not sure how to be supportive of someone coming out to you, look for role models.

If you’re unsure of how to react when someone comes out to you, look for an example you can emulate. Chances are, you know someone who has had someone come out to them and found a way to be a champion for that person. Reach out and ask them how they did it; what advice they would offer.

And if you don’t know someone personally, be like Tobin’s high school friend Andrea Ruelas. When Tobin came out to her the summer after their senior year, she immediately drew on her love of Will & Grace and Margaret Cho as a model of how to act. Both were examples from pop culture that talked a lot about straight women cheering on their gay best friends. She immediately offered to go shopping with him for clothes to take to college.

In retrospect, Ruelas says it was problematic to lean into these stereotypes, but at the very least she was glad to have an example to follow as she held Tobin’s hand through those first days of being out. For the record, Tobin was very grateful, too.

5. After someone comes out to you, take the time to truly understand what that means for them.

This next bit of advice is for someone coming out to a person who just doesn’t seem to get it.

That was the case for writer Wren Sanders, who came out to their parents as non-binary a few years ago. At the time, they asked their parents to use they/them pronouns when addressing them. Initially, their parents seemed to understand.

But recently, Sanders noticed they would slip in and out of using the correct pronouns. In front of other people in public, their parents would say they/them, “and then when we were at home and they were just like talking about me with each other, I would hear them use the wrong pronouns.”

Sanders says that what eventually helped their parents understand the importance of pronouns was walking them through a series of questions examining their feelings. “I asked them, ‘Why do you think it’s so important to me that you call me by the correct pronouns? And why do you think it hurts me so much when you don’t?'”

By asking their parents to examine their feelings, they were able to slowly unpack the disconnect between their words and their intentions. “And as we talk through those questions, I think they gradually begin to understand that calling me by they/them pronouns is important… because it reflects that they’re seeing me as someone who’s growing.”

So if you have the energy and interest, facilitating a conversation with someone you’re coming out to can be a strategy for building understanding.

If we could leave just one piece of advice for anyone who wants to come out, it is perhaps the most obvious one: you know when it’s right for you. If it feels unsafe to come out, or you’re just not ready, you do not owe anyone your truth.

And when you’re ready to share, know that we’ll be here to cheer you on.