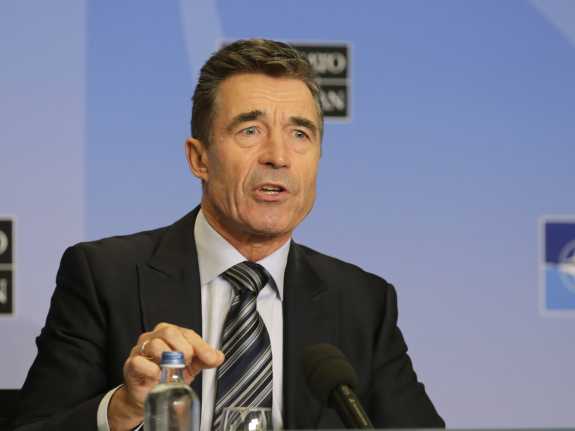 NATO leaders are expected to set up a rapid-response force to deploy quickly to eastern Europe to defend against potential Russian aggression at their meeting in Wales later this week.

The force of about 4,000 troops will be ready to move on 48 hours notice from a station in a member country close to Russia, The New York Times reported.

The “spearhead” force would be defensive in nature and able to respond “to Russia’s aggressive behavior — but it equips the alliance to respond to all security challenges, wherever they may arise,” said Secretary General Anders Fogh Rasmussen in a speech on the NATO website.

The force is “not intended as a provocation, or as a threat to Russia, but rather as a demonstration of NATO’s continued commitment to our collective defense,” Hayden said.

Poland and other NATO members in eastern and Baltic states had expressed concerns about Russian actions in Ukraine, and had demanded a stronger response, says the Guardian. The new force will not help with the current situation in Ukraine, but may serve as a deterrent if Russia considers destabilizing the Baltic states.

“The spearhead group will be trained to deal with unconventional actions, from the funding of separatist groups to the use of social media, intimidation and black propaganda,” writes the Guardian’s Ewen MacAskill.

Russia is bound to view it as an act of aggression, MacAskill says.

The NATO summit, featuring some 60 heads of state, including President Obama, is set for Thursday and Friday at the Celtic Manor Resort, a luxury hotel complex in Newport, Wales.