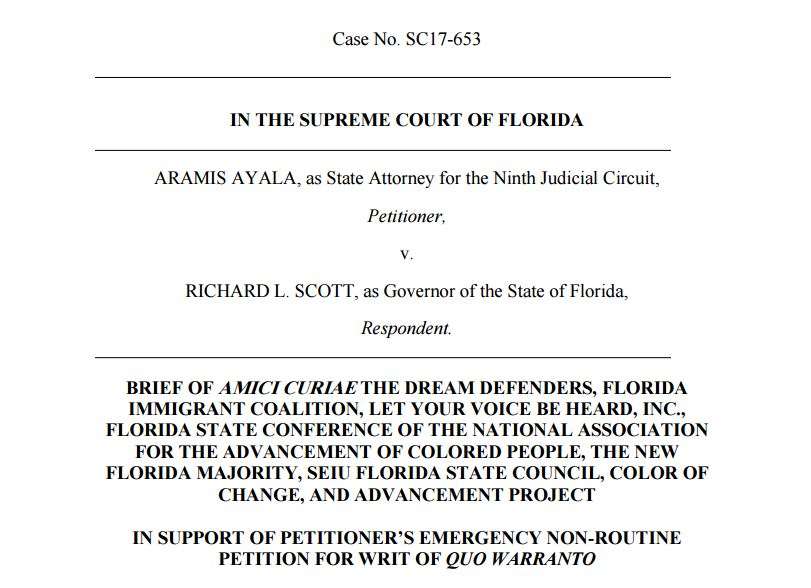 “Our people elected who we elected and it is not the right of the governor or the Florida legislature to come in and challenge that and make her decisions, make her work more difficult,” said Francesca Menes, policy director with the Florida Immigrant Coalition, which co-filed the brief.

The document sent to the Florida Supreme County likened Governor Rick Scott’s decision “the unjustified muting of the public voice.” The groups have urged the court to consider one of the reasons why Ayala had been voted into office: criminal justice reform.

Judith Browne Dianis, executive director of the Advancement Project, an advocacy group based in Washington D.C., said Scott is one of several politicians trying to unseat attorneys like Ayala across the country.

“What we are seeing is a trend of governors stepping in to act as if they are a monarchy and really overruling and undermining democracy by substituting their own will for the will of the voters,” she said.

Ayala filed a federal lawsuit on Tuesday against Scott for reassigning the 23 death penalty cases.

The move came after Ayala said she would not pursue the death penalty in any cases.