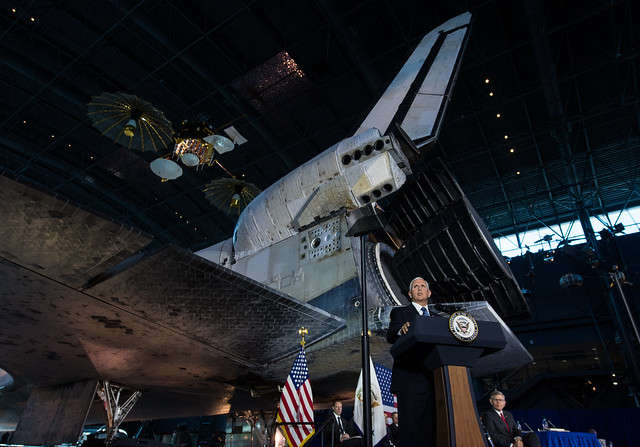 The Trump administration is calling for a new branch of the U.S. military — a Space Force. Military leaders made the case Tuesday at the National Space Council meeting.

At the President’s request, Congress is on the verge of authorizing the Space Force with proposed budget plans from both the House and Senate in each chamber’s annual defense bill.

Speaking at the National Space Council meeting in Virginia, military leaders warned of a growing military threat in space from Russia and China.

“We need [Congress] to take the necessary steps to fully establish the United States Space Force as a separate and fully equal branch within the Department of Defense,” said Acting U.S. Air Force Secretary Matt Donovan. “A new organization is required to retain American dominance in space and it will reside in the department of the Air Force.”

A new combatant command group called Space Command will come online next week which will streamline space-military efforts ahead of the Space Force.

A Congressional committee will meet next month to finalize the defense spending bill. If established, Space Force will be the first new military branch in 70 years.