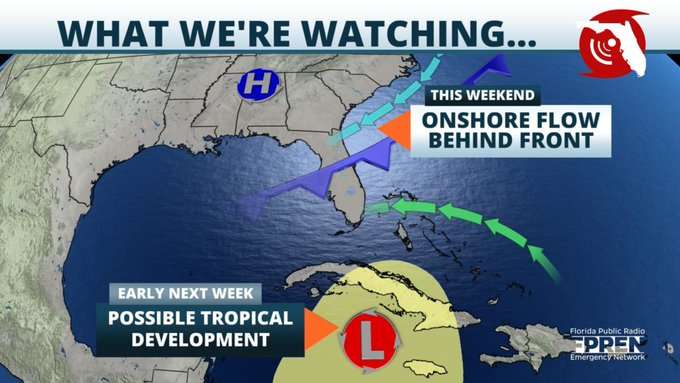 This evening, there are no named storms in the Atlantic, but forecasters at the National Hurricane Center are monitoring two areas for potential development.

Meteorologist Megan Borowski says that while there has been a lot of speculation on them, the forecast is far from certain.

“So we are watching two areas: one southeast of Bermuda, and the other over the southwestern Caribbean Sea – just offshore of Nicaragua and Costa Rica. Forecast models have consistently shown some sort of development toward each region – which has gotten our attention. But the fact is, while we can speculate that something will form, it is far too soon to comment about their potential tracks or magnitudes.”

Megan says that the forecast will gradually become more clear next week, but in the meantime updates will be available in the Florida Storms mobile app and social media accounts.