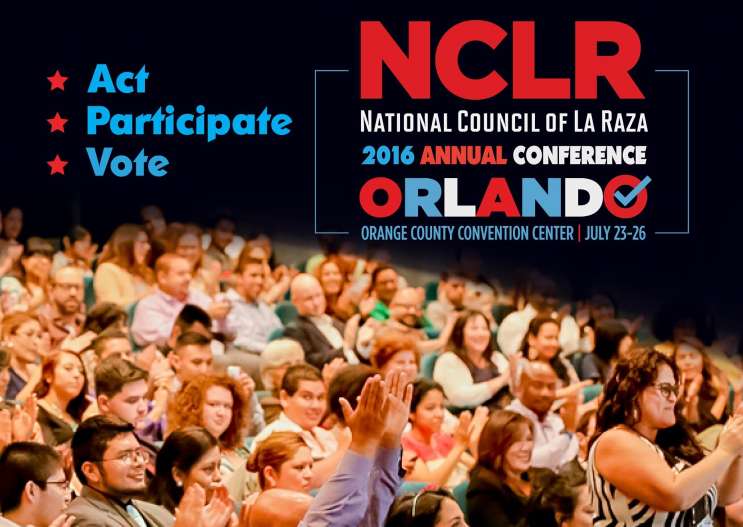 National Council of La Raza, the nation’s largest Hispanic civil rights organization, will kick off its annual conference in Orlando Saturday with one message: Act. Participate. Vote. The group wants to increase the number of voters in Florida’s growing Hispanic community and other states. The four-day event will feature town halls with visits from Massachusetts senator Elizabeth Warren and Republican strategist Ana Navarro.

“We’re not telling folks who to vote for—we’re not partisan—but, more than anything, we know the Latino community has an opportunity to impact this year’s election and we want folks to take advantage of their right to vote—those who are actually registered—and to cast a ballot,” says Enrique Chaurand, deputy vice president for NCLR.

He adds that speakers will discuss immigration, education, and jobs in he what he calls a critical election season.

For the first time in NCLR’s 38-year-history, there will be no presidential candidates speaking at the conference.

NCLR president Janet Murguia, joined by Orlando Mayor Buddy Dyer and Hispanic leaders from others states made the announcement in Orlando in June in Orlando.

“Given Mr. Trump’s comments and inflammatory remarks against not just Latinos, but other communities of color. We felt that we could just not invite him and since we’re not inviting Trump, we’re not inviting Secretary Clinton, either,” says Chaurand.

Earlier this year, members of NCLR launched voter registration drives in central and south Florida, home to a large number of Puerto Ricans and Cubans.

Though Hillary Clinton will not attend the event she is expected to visit Orlando Friday afternoon.