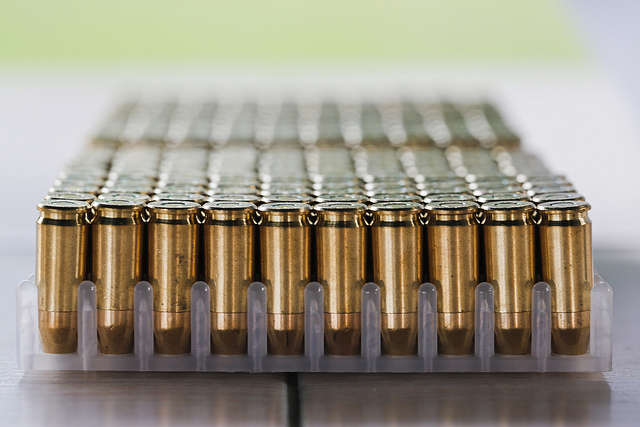 Under the Marjory Stoneman Douglas Act people in Florida who bought or sold bump stocks could face up to five years in state prison. Photo: Flickr Creative Commons

A bump stock allows someone to fire a semi-automatic rifle continuously with a single pull of the trigger.

Under the Marjory Stoneman Douglas Act people in Florida who bought or sold bump stocks could face up to five years in state prison.

The national law that just took effect imposes up to ten years in federal prison for buying or selling a bump stock.

Julie Gehring is with Mom’s Demand Action For Gun Sense in America. She says along with these regulations on bump stocks, she wants tougher background checks.

“States that have done this background check on all gun sales see significant reductions in gun homicide rates and on suicide by gun rates as well.”

But Michael Hammond with Gun Owners of America says the ban infringes on the rights of gun owners.

“People who would turn them in would have to turn in $300 worth of property without any compensation whatsoever in violation of the Constitution’s Fifth Amendment.”

An appeal for a emergency halt on the ban was struck down by Chief Justice John Roberts. A second is being considered by Justice Sonia Sotomayor.

Central Florida gun owners with bump stocks can still turn them in at the following Bureau of Alcohol, Tobacco, Firearms and Explosives (ATF) field offices:

Gun owners can also use ATF guidelines for destroying their bump stocks.

Bump stocks were used by the shooter during the 2017 Las Vegas shooting. More than 50 people were killed and another 100 were injured making it the deadliest shooting in American history.