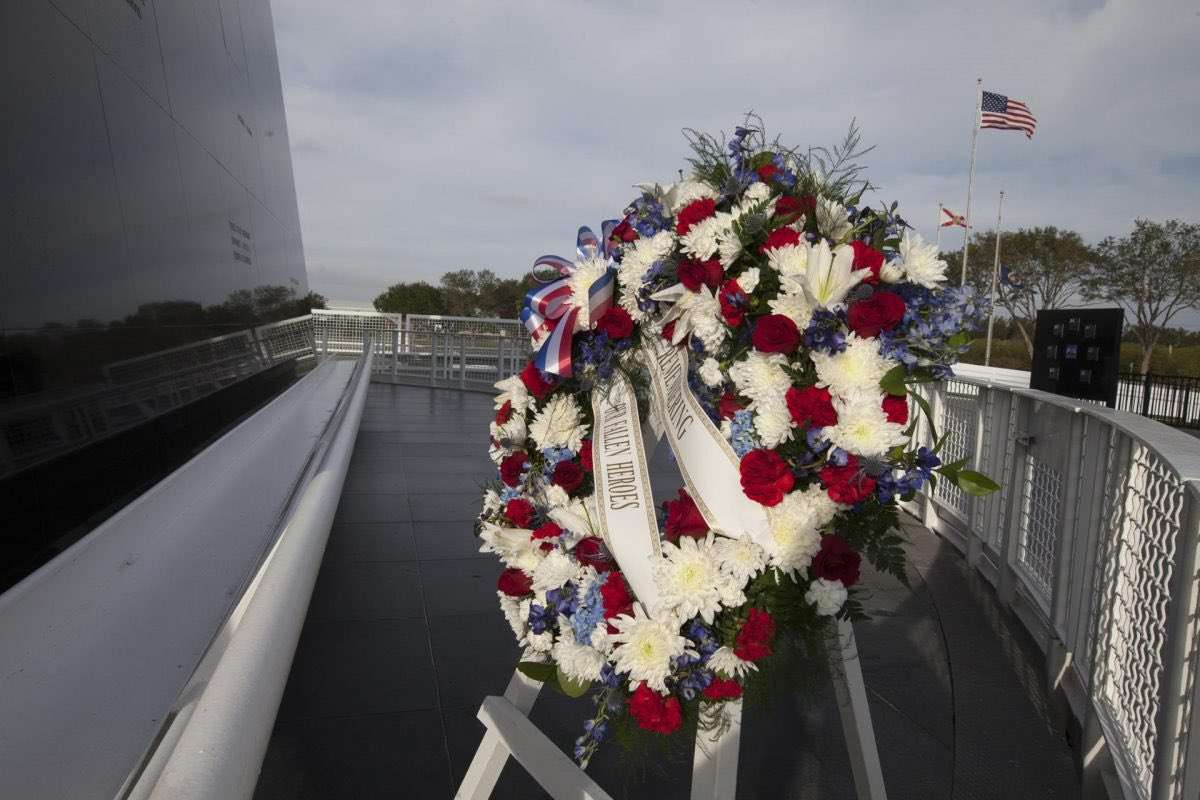 A wreath at the Space Memorial Wall pays tribute to the men and women who lost their lives while furthering the cause of exploration and discovery. Photo: NASA / KSC

NASA’s Kennedy Space Center hosted a day of remembrance Thursday honoring people who died while furthering the cause of exploration and discovery.

The annual memorial pays tribute to those astronauts who died including three Apollo 1 astronauts, the seven crew members of Space Shuttle Challenger and seven astronauts of Columbia.

As Kennedy Space Center returns to hosting human space launches, NASA leaders said remembering the tragedies of the past serves as a reminder of the risk of spaceflight.

“This year we will be launching astronaut crews on new vehicles, and many in our workforce today did not have first hand experiences with these tragedies,” said KSC deputy director Janet Petro. “Today serves as a reflection point where we pause and we share the lessons of the past with our workforce.”

The day of remembrance also marks 35 years since the Challenger tragedy. The Space Shuttle broke apart about 73 seconds after launching from Florida’s Space Coast, killing the crew which included Christa McAuliffe  — a teacher selected to fly into space. The ceremony included a laying of a wreath and flowers at the Space Mirror Memorial at Kennedy Space Center Visitor Complex.

“Each tragedy involving life permanently changed NASA, and each anniversary is an opportunity to reflect with gratitude on the lives that were honorably given in pursuit of the goal to explore, learn and to discover,” said Petro.

“NASA has a unique culture that is fueled by possibility, set on a path to the next giant leap for humanity, and guided by its history,” said Jurczyk. “The lessons of our past are the enduring legacy of the brave women and men who did not put limits on what could be achieved, and we all recognize the honor of being counted among them as part of the NASA family.”