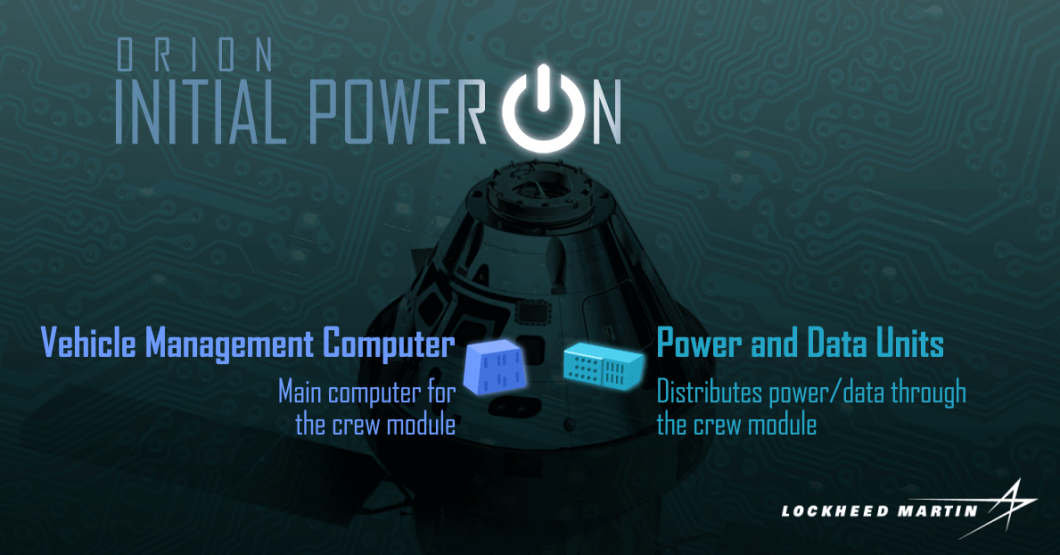 Powering-on and testing the computers for the first time marks a major milestone in Orion’s march toward its EM-1 flight. Photo: Lockheed Martin

NASA has flipped the switch on a space capsule that could take humans into deep space.

The Orion space craft is designed to take humans beyond low Earth orbit to places like the moon’s orbit or even Mars. Engineers at Kennedy Space Center are prepping this capsule for a test flight in 2019, sending the uncrewed capsule more than 40,000 miles beyond the moon and then bringing it back home.

Now that the power is on, engineers and technicians will hook up the 55 components that make up the spacecraft’s avionics suite, connecting them with nearly 400 harnesses. They’ll test the systems flight computers and software. Crews will spend about three months hooking everything up ahead of the capsule’s environmental testing phase.

The capsule’s test flight, Exploration Mission 1, launches from the Kennedy Space Center on a new rocket in development: the Space Launch System. A test version of the Orion launched from Cape Canaveral back in 2014 on United Launch Alliance’s Delta IV Heavy rocket.

The Orion program, developed in partnership with Lockheed Martin, received $1.3 billion in the 2017 fiscal budget.