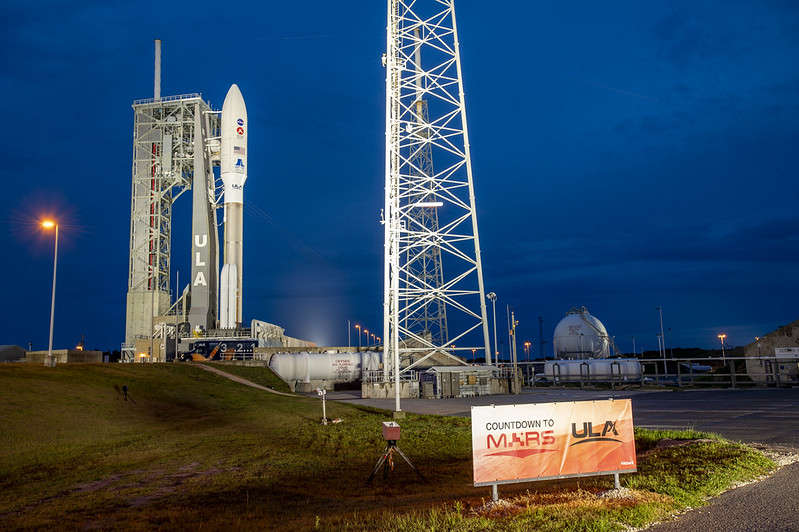 NASA is set to launch a rover to Mars Thursday morning from Cape Canaveral. The two hour launch window opens at 7:50 a.m. EST.

The goal of NASA’s Mars Perseverance rover is to search for ancient signs of life on the red planet, and prepare samples for a future return mission to bring rocks and dirt back to Earth.

Perseverance is outfitted with high-tech cameras, lasers, spectrometers and sensors to help identify rock samples that could contain organic material. It also contains a radar system to peer beneath the rocky surface.

The rover is launching on a United Launch Alliance Atlas Five rocket from Cape Canaveral. Weather is favorable.

It will take about seven months to get to Mars, with a scheduled landing in February.

It’s the third mission launching to Mars this month following spacecraft from the United Arab Emirates and China.

Watch launch coverage starting at 7 a.m. on our Facebook page.