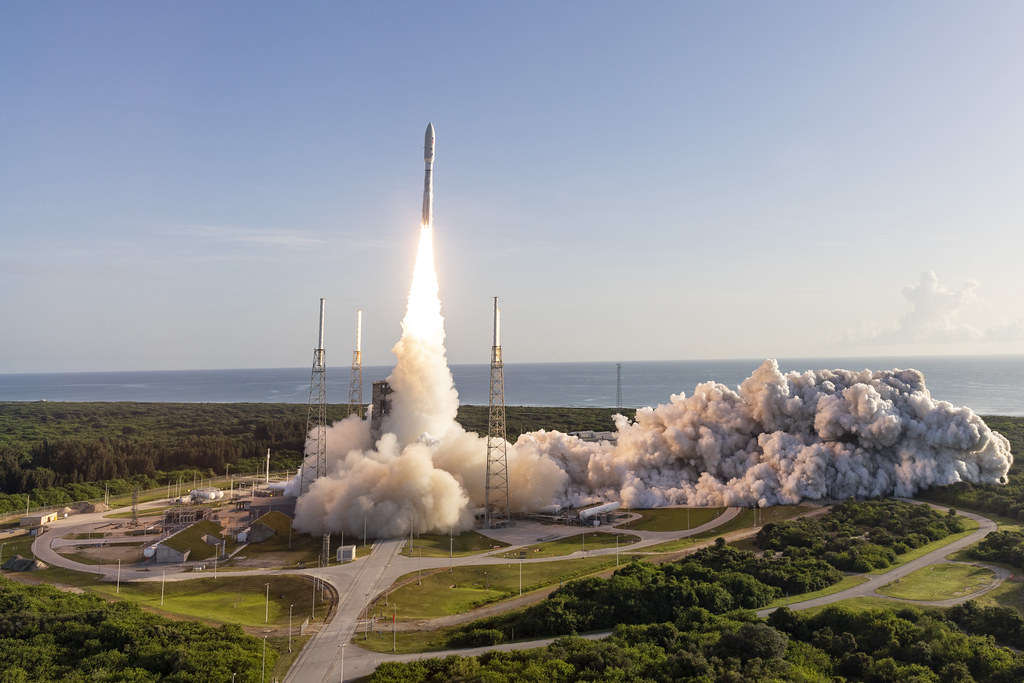 NASA’s next Mars rover is on its way to the red planet after launching Thursday morning from Cape Canaveral. The spacecraft hitched a ride into space on United Launch Alliance’s Atlas V rocket.

“We had a good launch this morning, we’re right on course for Mars and signal from NASA Perseverance is strong,” said NASA administrator Jim Bridenstine.

The Perseverance rover is now on a seven-month journey to Mars with a scheduled landing in February. About an hour after launching from Florida’s Space Coast, the rover began its interplanetary coast and “phoned home” to NASA’s Deep Space Network — establishing a data link between Earth and the rover.

Watch NASA’s pre-show and countdown to launch (around 48-minute mark):

In the first few hours after launch, NASA had a difficult time connecting to the spacecraft to download critical telemetry data. Engineers on the ground had to fine tune receivers to link up to the spacecraft. “It’s like we always do,” said Zurbuchen. “You have to have a little bit of nerves if you’re in this business. But the point is, that’s why we love it so much. It’s because we solve problems together as teams.”

NASA said the team was able to tune to the spacecraft and expects to download the telemetry soon.

When it gets to Mars in February, Perseverance is tasked with searching for signs of ancient life. It’s equipped with advanced science equipment like cameras, a spectrometer, laser and microphone to search for organic material. It will also collect and prepare samples of rocks and dirt for a future mission to return those samples back to Earth.

It’s also carrying a stow-away. An experimental helicopter named Ingenuity is riding on the belly of the spacecraft. Once on the surface, Perseverance will unpack the chopper and record a test flight of the vehicle. Engineers are interested in how tiny drones like Ingenuity fare in the Martian atmosphere.

Perseverance’s launch is the third mission this month heading to Mars, following spacecraft from the United Arab Emirates and China, taking advantage of a transfer window when the orbits of Earth and Mars are ideal for interplanetary missions.