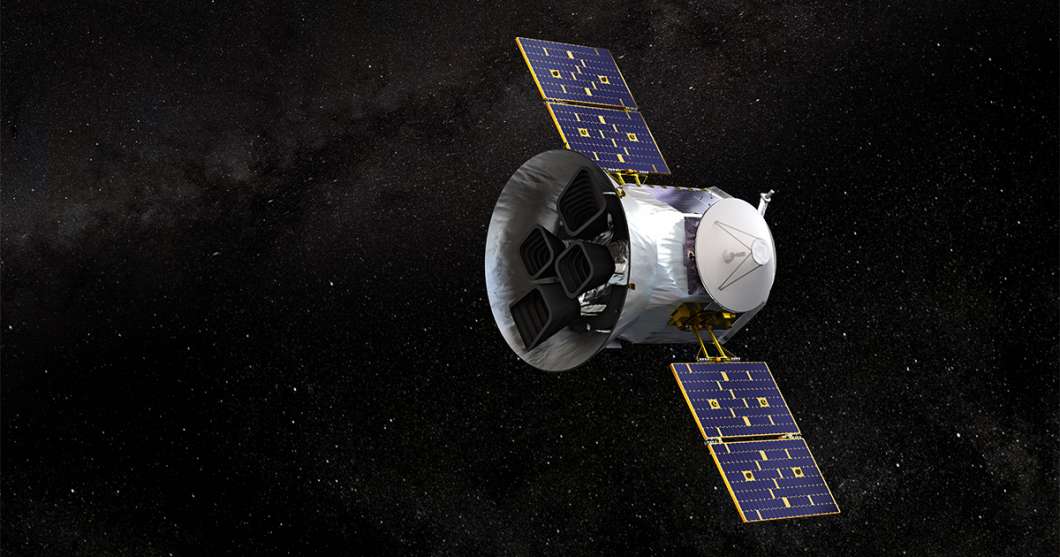 The telescope spotted these planets by staring at a distance star. As the exoplanet crosses between the telescopes camera and the star, the light dims.

Scientists will confirm the findings with ground-based telescopes, and eventually from giant space-based observatories like the soon-to-be launched James Webb Space Telescope.

The mission is only in the first weeks of its science campaign. It spent the past few months getting into the correct orbit and testing the instruments on board.

“The big takeaway is that TESS is working as designed,” said Batchledor. “It’s getting great data.”

The two candidates discovered by TESS are about 49 and 60 light years away. The discovery and followup is just the start of scientific understanding of exoplanets.

Right now, the planets show up as dots on a plot. Scientists can analyze how the light interacts with the planet and determine what the exoplanet is made of, and if it has an atmosphere, but they don’t know what it looks like.

“Really the holy grail is going to be years from now, following up on these systems and trying to get direct images of these planets,” said Batchledor.

The TESS team will publicly release much of the observatory’s data January 2019. The mission will survey nearly the entire sky looking for exoplanet candidates.

The $200 million satellite is run by NASA and Massachusetts Institute of Technology. It launched from Cape Canaveral on a SpaceX Falcon 9 rocket.