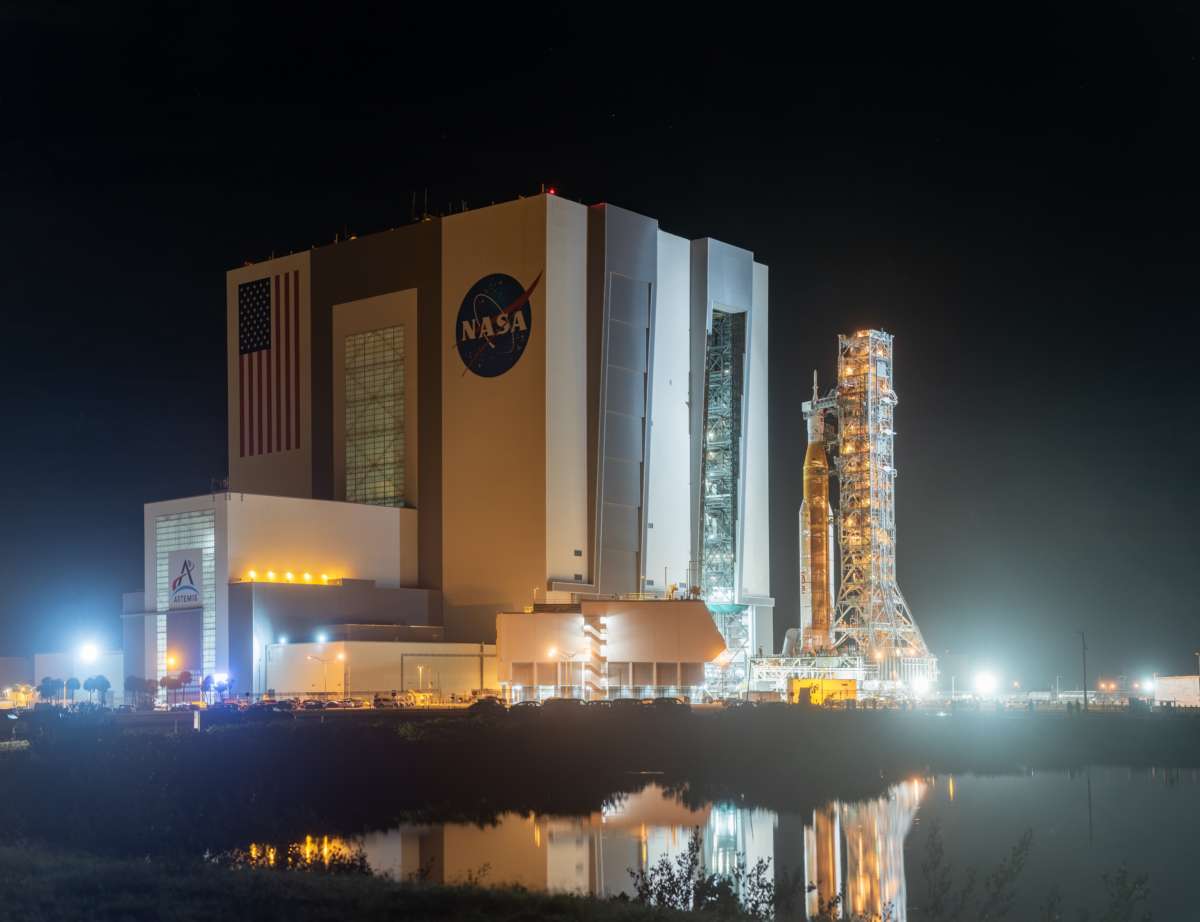 NASA’s new moon rocket Space Launch System, or SLS, is back at its launchpad at Kennedy Space Center. Engineers will try once again to conduct a dress rehearsal of a launch countdown June 19.

Before the more than 300 foot tall rocket can send an uncrewed space capsule to the moon, teams must first practice fueling and counting down to liftoff.

But an attempt earlier this year ended early. Teams never fully filled the massive tanks of the spacecraft, a critical test requirement. Engineers also uncovered some leaks and brought the rocket back to the Vehicle Assembly Building.

NASA said those issues are fixed and the team is ready to try once again. “We’re really excited to have an opportunity to take this knowledge that we have now and put it into the system,” said NASA’s Tom Whitmeyer.

The agency is targeting an uncrewed launch of SLS carrying NASA’s Orion capsule on a trip to the moon and back as early as August. NASA recognizes that more issues could come up during this test campaign. “Hopefully this will go well,” said Whitmeyer, “but we also recognize we still could be missing something. We’ll find out here shortly.”

While this first mission called Artemis I will have no crew, NASA plans to send a capsule with astronuats around the moon and back for its next mission named Artemis II. The agency’s Artemis III, which could launch in the mid-2020s will take astronauts to the lunar surface for the first time in more than a half century.

NASA is working with private companies to help accomplish that goal, awarding SpaceX a contract to develop the lander that will take the first astronauts to the surface. The agency announced an award last week of $3.5 billion to Axiom and Collins Aerospace to build the space suits that will protect astronauts while on the moon’s surface.