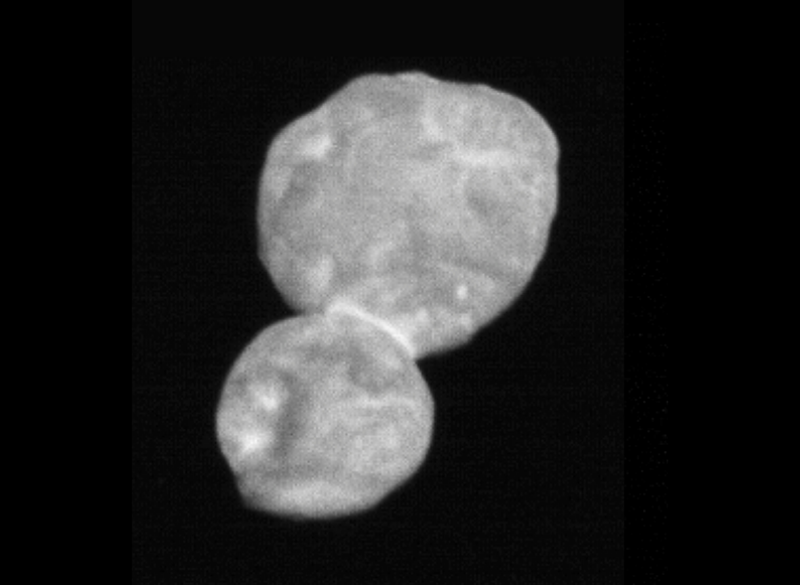 NASA’s New Horizons spacecraft earned a spot in the history books on Jan. 1 when it successfully completed a flyby of Ultima Thule, an object located 4.1 billion miles away from Earth in the Kuiper Belt.

This was the furthest flyby of an object in our solar system so far. The New Horizons spacecraft visited Pluto in 2015.

Joshua Colwell, associate chair of the UCF Department of Physics and director of the UCF Center for Microgravity Research, talked to 90.7’s Brendan Byrne about what can be learned from the mission.

New Horizons soared past Ultima Thule at over 30,000 mph. 3D images released by NASA revealed that the object is actually two distinct pieces gently joined together, called a contact binary, resembling a snowman or bowling pin. The two pieces together are about 20 miles-long in total.

Flybys are more difficult to successfully complete than orbiting a planet other object because they provide no opportunity for real-time commanding or adjusting the spacecraft if glitches or anomalies arise, Colwell said.

“The spacecraft has to operate autonomously and perfectly for things to go well, and it seems that that’s exactly what happened so that was great to see,” Colwell said.

Objects in the Kuiper Belt have sat in deep freeze since the formation of the solar system, providing a look at what the formation of Earth most likely resembled, Colwell said. The first object in the belt was observed in 1992.

NASA mission managers have said that the New Horizons spacecraft has only just started to tap into its potential.

“It would be fascinating to see another object in the Kuiper Belt…I’d be hopeful that [NASA] would be able to go to another object a few years down the road,” Colwell said.

Undergraduate and graduate students alike at the UCF Center for Microgravity Research are studying on the exact deep space conditions revealed by the New Horizons flyby and applying it to their research projects.

“I think that what we’re doing in getting a lot of students involved in the whole process…provides a tremendous benefit to these students going out into the workforce after they leave UCF,” Colwell said. “We’ve had dozens of students working on a variety of these experiments over the last 10 years or so, and it’s been very exciting to see our experiments now flying.”