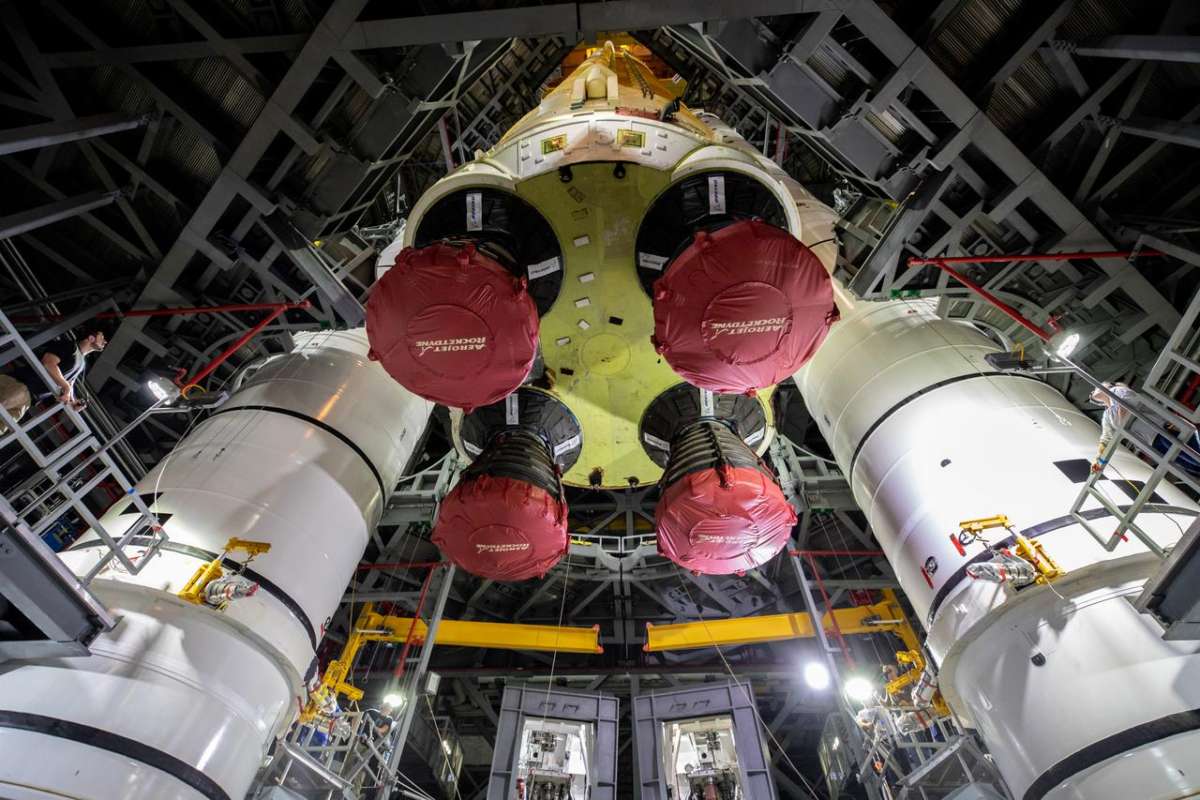 Teams with NASA’s Exploration Ground Systems and contractor Jacobs lower the Space Launch System (SLS) core stage – the largest part of the rocket – onto the mobile launcher, in between the twin solid rocket boosters, inside High Bay 3 of the Vehicle Assembly Building at NASA’s Kennedy Space Center in Florida on June 12, 2021. Photo: NASA

Engineers at NASA are testing newly-installed software on the agency’s next moon rocket, the Space Launch System (SLS).

Teams at NASA’s Kennedy Space Center are assembling the more than 200 foot tall rocket inside the Vehicle Assembly Building.

Part of that work includes installing critical flight software on the rocket — programs that will help steer, track, fly and guide the rocket as it launches NASA’s Orion space capsule on a mission to the moon and back.

“NASA’s Space Launch System is on the path to the pad, and the SLS flight computer application software is complete and ready to perform the mission,” said David Beaman, SLS systems engineering and integration manager. “The mission certification and performance certification tests are the next step for the rocket’s software on the path to launch and flight ahead of Artemis I.”

It’s now up to engineers at NASA’s Marshall Space Flight Center in Huntsville, Alabama to test the software installation before giving Kennedy Space Center the go for launch, which could happen as early as the end of this year.

“The flight software test campaign for the Artemis I mission involves more than 300,000 different mission scenarios to satisfy all flight software requirements,” said Shaun Phillips, SLS flight software project team lead based at Marshall. “Each of these scenarios are focused on evaluating different interfaces and situations the vehicle may face during launch and flight.”