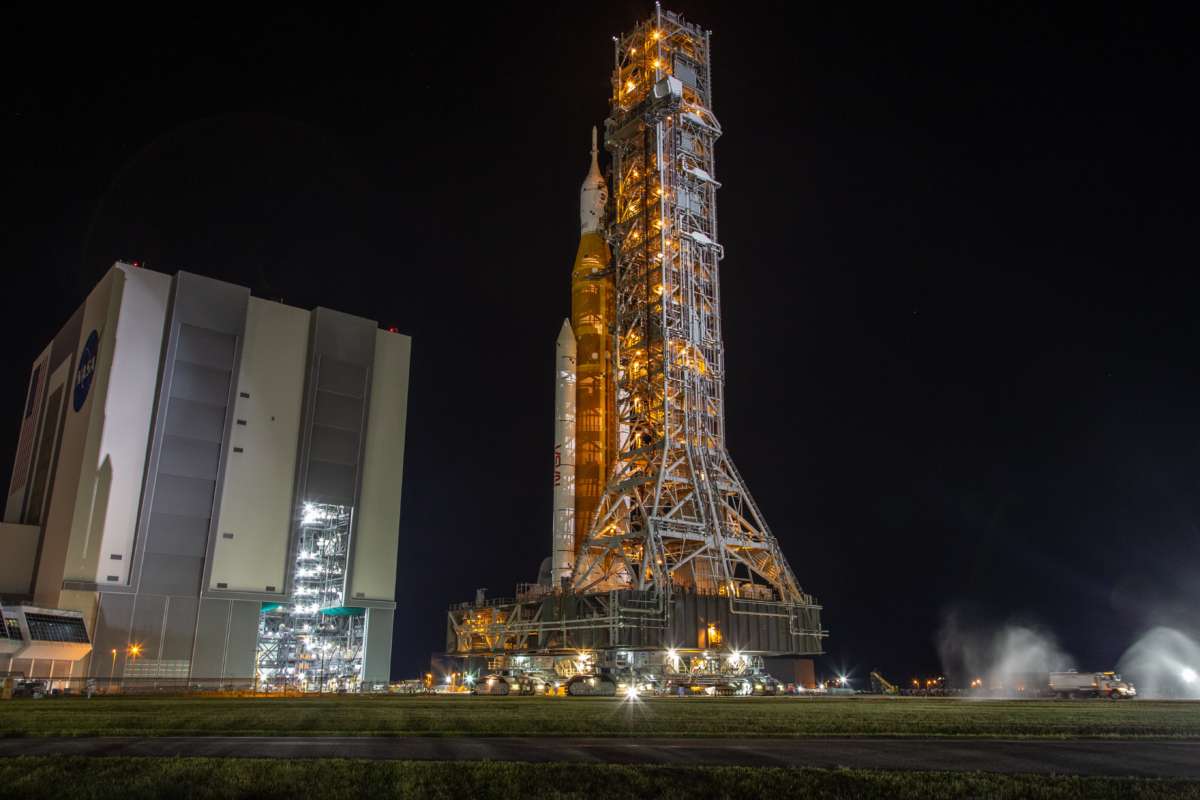 It took nearly 10 hours for the 322-foot rocket to make the four-mile trip from Kennedy Space Center’s Vehicle Assembly Building to Launch Complex 39B. The next time it moves, it will be traveling farther — and faster — on a test flight to the moon.

The SLS rocket is launching NASA’s Artemis I mission, the first in an increasingly complex cadence of missions aimed to land humans on the moon by 2025. This first flight will carry no crew, but serve as a critical test of NASA’s Orion space capsule, designed to take astronauts to lunar orbit. A second mission will carry astronauts on a similar trip around the moon and back. The third flight will get them to the lunar surface.

With the rocket on the pad, teams at Kennedy Space Center continue to make final preparations on the rocket ahead of its first launch attemt. NASA plans to launch Artemis I as early as August 29 at 8:33 a.m. ET.

“We do have testing ahead of us to get done,” said Cliff Lanham, senior vehicle operations manager. Teams at KSC completed a test in June of the fueling of the rocket and simulated countdown. “We practiced a lot of this work that we’re about to do.”

Weather delayed the rollout of Artemis I Wednesday morning by about an hour and the National Weather Service forecasts storms over the next few days along the Space Coast and near Kennedy Space Center.

The launch of Artemis I begins a nearly six-week mission that will orbit the moon, testing critical systems on the spacecraft before returning to Earth and splashing down in the Pacific. While there’s no crew on board, NASA is sending three test dummies wired with sensors to measure the effects of deep space for future astronauts.

With the rocket at the pad, teams will now configure systems for launch. Crews at KSC practiced the countdown and fueling of the vehicle back in June and are applying lessons learned to the updated launch timeline.