NASA’s Moon-Bound Rocket On The Move, One Step Closer To Launch 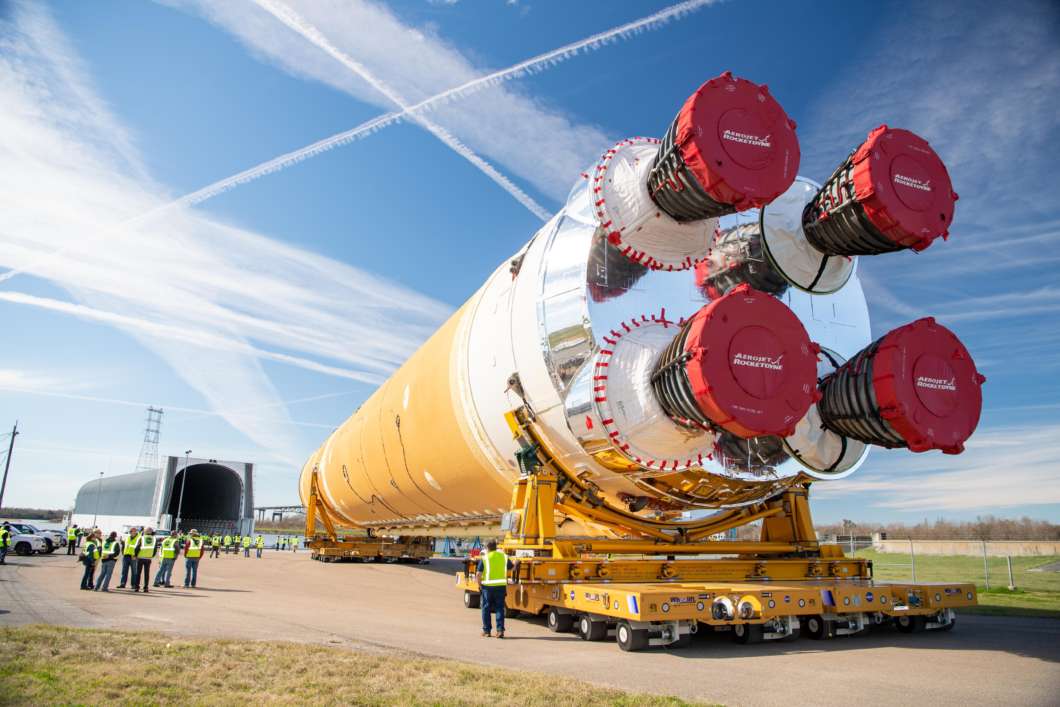 NASA has completed construction on a major piece of its next moon-bound rocket SLS.  It’s one step closer to launching from Kennedy Space Center.

It’s called the core stage booster, and it contains the fuel tanks and four engines that will help launch SLS on its first mission to the moon. NASA relied on private contract Boeing for much of the booster’s design and manufacturing. The booster uses four RS-25 rocket engines manufactured by Aerojet Rocketdyne which were also used on the Space Shuttle.

The booster is now taking a trip from its manufacturing plant in New Orleans to a testing site at the Stennis Space Flight Center in Mississippi. There, it will undergo what’s called a green-run test. Engineers will fuel the rocket and fire the it’s four main engines, simulating the vehicle’s first mission.

Once testing is complete, the core stage will travel to Kennedy Space Center. It will join other parts of the rocket like solid rocket boosters and the Orion space capsule in NASA’s Vehicle Assembly Building.

NASA is sending the capsule on an uncrewed mission called Artemis-1 around the moon in the next year. The agency’s Artemis program aims to eventually land humans on the moon this decade — a first since the end of the Apollo program in the 1970s.

The Trump administration has charged NASA with accomplishing that goal by 2024 but a lack of Congressional funding for key parts of the program, like a lunar lander, could delay the human landing into the late 2020s.