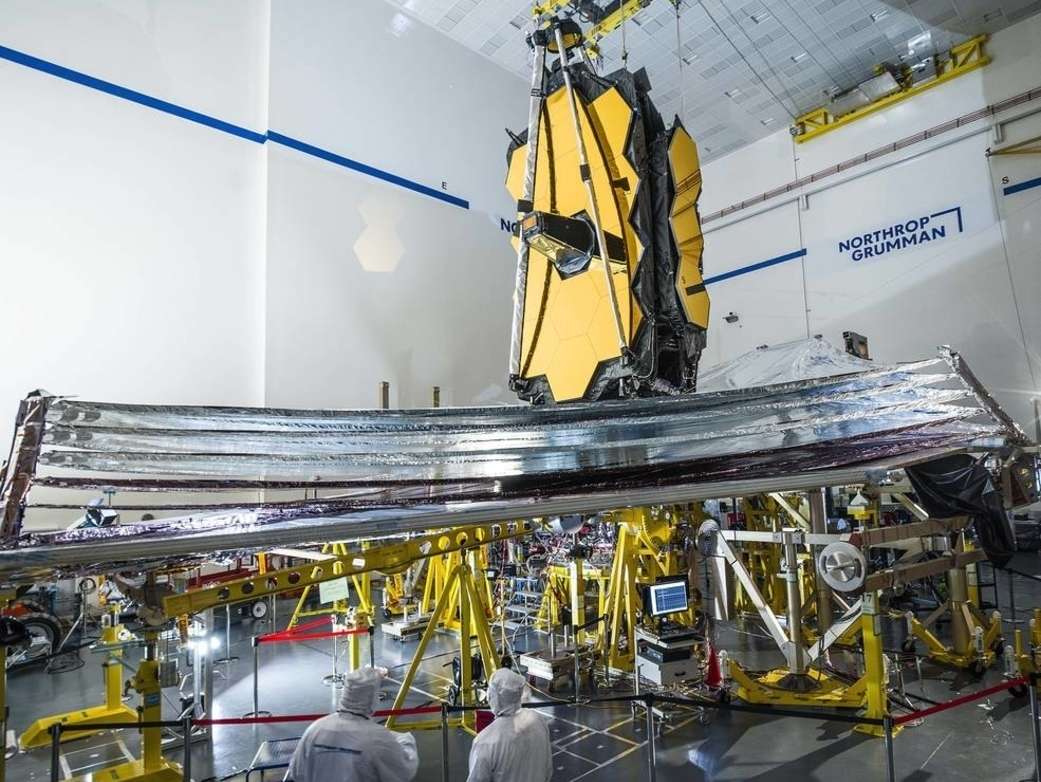 NASA’s James Webb Space Telescope passed a major milestone when it successfully finished deploying its enormous sunshield — a critical feature that will allow the floating space observatory to peer into the most distant reaches of the universe.

Team members in the Mission Operations Control at the Space Telescope Science Institute in Baltimore clapped and cheered behind face masks as they finished adjusting the final layer of the tennis-court-sized sunshield shortly before noon on Tuesday.

The $10 billion observatory, launched from a European spaceport in French Guiana on Christmas Day, is the most powerful telescope ever sent into space. It boasts a 21-foot mirror with roughly six times the light-gathering area of the Hubble Space Telescope. It’s so big that it had to be folded up like origami in order to fit into the Ariane 5 rocket that carried it away from Earth.

The telescope has been carefully unfolding in zero gravity since then. It’s a multi-step process, but unfurling and setting up the sunshield was considered the most complex part.

The sunshield plays a vital role for the telescope. It blocks solar radiation and helps keep the telescope ultra-cold — cold enough to pick up infrared light coming from the earliest galaxies to form after the Big Bang, too faint even for Hubble to see.

If anything went wrong during the sunshield’s deployment, it could doom a telescope that had been in the works for decades, and which had already faced years of criticism for rising costs and long delays.

The relief was palpable just before noon when the call came down that all five layers had been pulled fully taut.

“We are going to be bonded forever by what we experienced,” Ochs said as he congratulated the team.

Several steps remain in the telescope’s deployment process in the coming days, including the deploying of the telescope’s primary and secondary mirrors. That process will likely start in earnest this weekend, mission officials said, and should take about 10 days.

The telescope is en route to its job site, a spot roughly a million miles from Earth, where it will sit in a solar orbit held stable by the gravitational tug of both the Earth and the Sun. Once it’s fully up and running, it will observe early stars and galaxies and search for “biosignatures” in the atmospheres of distant planets that could be friendly to life.