NASA’s Artemis moon rocket is hours from launch. Will it finally fly? 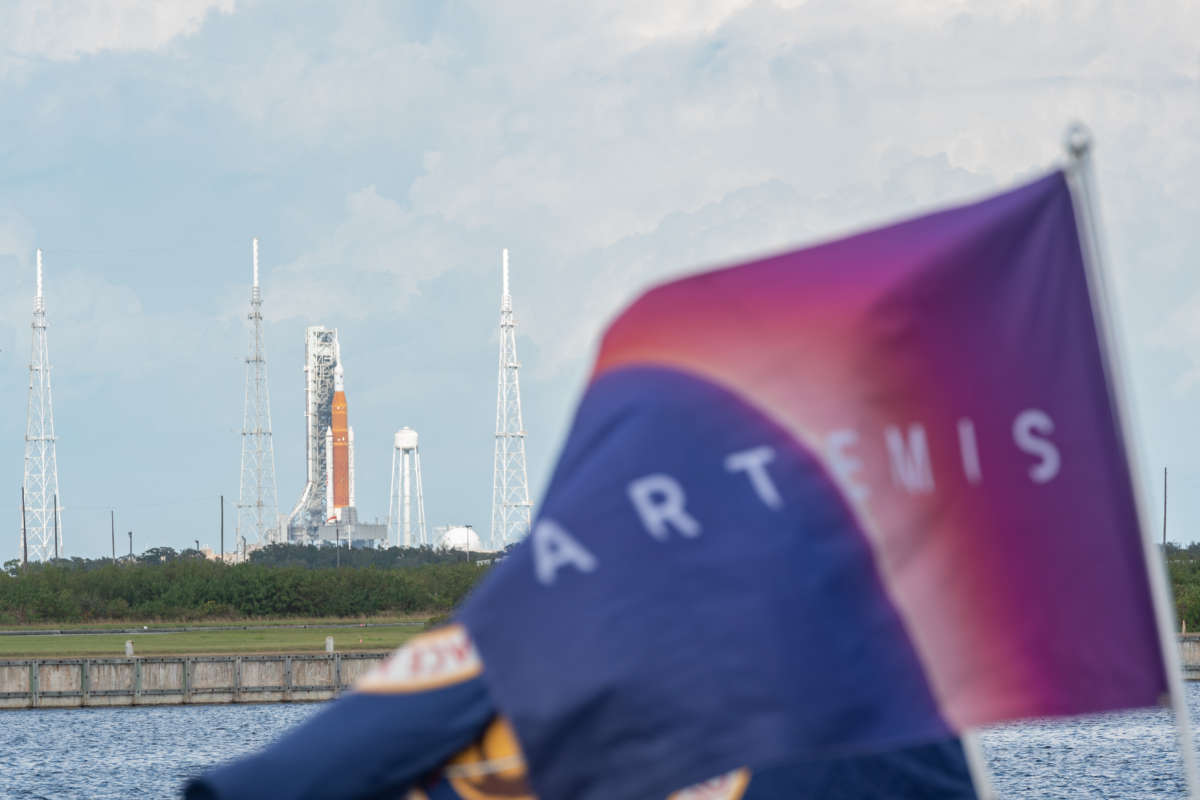 NASA is once again counting down the hours to the first flight test of its new 32-story-tall Artemis rocket, the one the agency hopes will carry astronauts back to the moon in just a few years.

The space agency has been struggling to get the multi-billion-dollar rocket off the ground so that it can send a capsule — without a crew on board — around the moon and back, allowing managers to perform critical tests of its systems. Lift-off is now targeted for a two-hour window that opens at 1:04 am EST, Wednesday, Nov. 16, and weather at the launch site in Florida looks promising.

Jeremy Parsons, deputy program manager for Exploration Ground Systems at NASA’s Kennedy Space Center, told reporters on Monday evening that “countdown so far is proceeding very well and we are on schedule.”

A successful launch would be a key milestone for NASA’s Artemis program, which aims to put the first woman and first person of color on the lunar surface. The agency has not launched a space vehicle designed to send astronauts to the moon since 1972.

The Artemis rocket’s initial launch attempt, in August, got called off because of a faulty engine sensor. After that, leaks of hydrogen fuel required the agency to make repairs. Next, Hurricane Ian rolled in and forced the rocket to roll back to its hangar, which Parsons called “a bit of a let-down.”

And once the massive rocket returned to its launch pad on the Florida coast, it got blasted by Hurricane Nicole, which proved to be a stronger storm than officials had expected.

Mission managers have spent much time discussing hurricane damage to a thin strip of caulking material that fills in a small gap at the top of the rocket, up where the Orion crew capsule sits. Some of this material has torn away, and it’s too high up to be repaired.

One concern was that more bits might get dislodged during lift-off and strike other parts of the rocket. But NASA’s Mike Sarafin, the Artemis I mission manager, says engineers have analyzed the situation extensively and feel it’s OK to fly.

This close-up view of the rocket shows damage from Hurricane Nicole. Some caulking material, which appears as a bright white strip just above the thin black line, got torn off in the winds.
NASA

“We went through that today and we closed that action item,” Sarafin told reporters during a conference call on Monday. “I asked if there were any dissenting opinions, there were none, and we accepted that flight rationale.”

He says because the Artemis team has persevered through all of these recent setbacks, “that gives me comfort that we’re going to be ready when it’s our time to fly.”

“Our time is coming. And we hope that that is on Wednesday,” Sarafin says. “But if Wednesday is not the right day, we will take that next hurdle, that next trial, and persevere through that.”

Some spaceflight experts have criticized NASA’s new rocket, saying it’s far too expensive to be sustainable — the first three flights are expected to cost more than $4 billion each.

And this rocket won’t fly all that often. The next flight, to send astronauts around the moon, won’t happen for another couple of years. A lunar landing won’t happen until at 2025 at the earliest.

But building this big rocket has been a major focus of NASA’s human spaceflight program since it stopped flying the space shuttles in 2011.

To focus on the moon and deep space, the agency off-loaded routine trips to the International Space Station to commercial providers. Space capsules operated by the private company SpaceX, founded by wealthy entrepreneur Elon Musk, have been carrying up cargo and operating as space taxis for astronauts.

NASA selected SpaceX to build the lunar lander that will take astronauts from a capsule in orbit around the moon down to the surface. And SpaceX also has a large rocket in development called Starship, which is designed to be reusable and less expensive than NASA’s Artemis rocket.