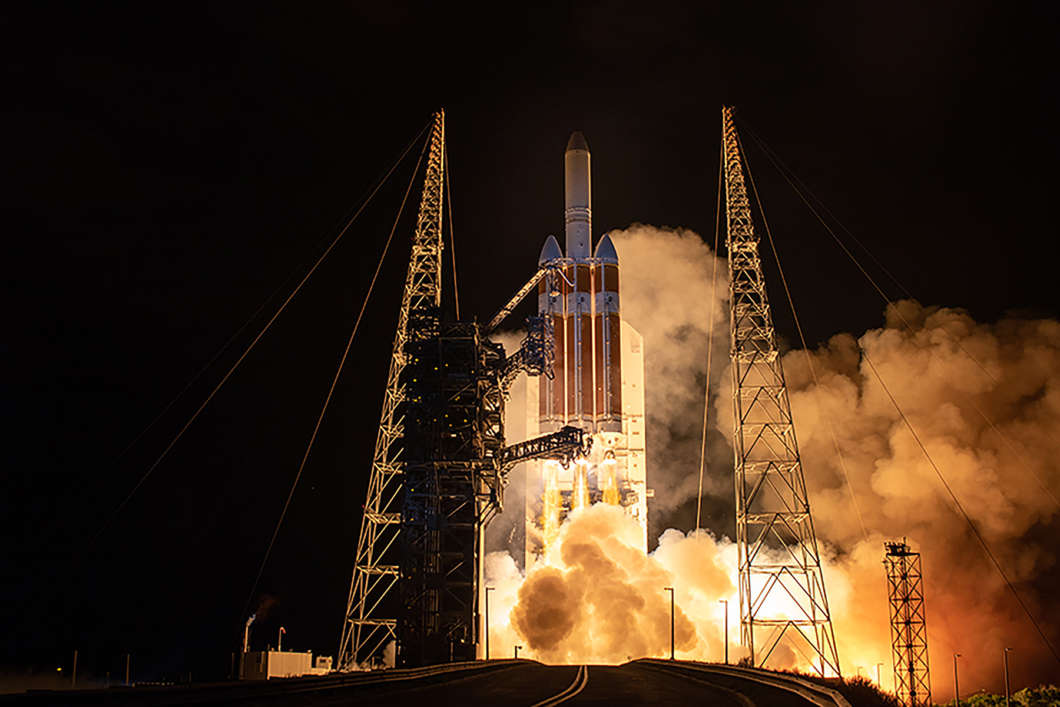 A NASA spacecraft is on its way to the sun after launching from Cape Canaveral on a Delta IV Heavy Rocket. It will be the closest object to ever whiz by the sun and stands to become the fastest human made object, clocking in at around 480,000 miles per hour.

The Parker Solar Probe will fly within four million miles of the sun, the closest any spacecraft has come to our star. The spacecraft’s project scientist Nicky Fox says the mission will help scientists unlock mysteries of the sun.

“One of those mysteries is the corona,” said Fox at a briefing ahead of the launch. “That lovely atmosphere that we saw during the total solar eclipse last year is about 300 times hotter than the surface of the sun, and that just doesn’t make any sense.”

A launch attempt Saturday morning was scrubbed when launch officials discovered an anomaly with the rocket’s helium tanks just under two minutes before liftoff. A second attempt Sunday went off at the opening of the launch window.

While the spacecraft itself is quite small — only about the size of a car — it received a big boost into space thanks to United Launch Alliance Delta IV Heavy rocket. The three boosters and two additional upper stages lofted the Parker Solar Probe on a super-fast trip to the sun. By the time the probe separated from the rocket it was zooming at nearly 43,000 miles an hour.

Before it heads to the sun, the probe will loop around Venus, providing a course correction in October. It will arrive at our closest star for its first pass in November. The spacecraft is scheduled to complete 24 orbits around the sun during its seven-year mission.

While at the sun, the spacecraft will experience temperatures up to 2,500 F. Only a 4.5 inch heat shield and water cooling systems will protect the spacecraft and its four science instruments from the intense heat of the sun.

The problem isn’t just the heat, but also the radiation. A shield and an “extremely advanced” cooling system was developed for the front of the probe.

“Those two things combined give us this crazy environment behind the shield where it’s roughly room temperature. It’s a little bit of a warm room, but basically room temperature back where those instruments are,” said Dr. Alex Young, a heliophysicist at NASA.

The probe is the first NASA mission named after a living person. Physicist Eugene Parker correctly predicted the presence of solar winds nearly five decades ago. The probe will explore those very winds.

Parker, the scientist, was at Kennedy Space Center to watch the probe named after him launch to the very star he spent his career studying. It was the first rocket launch the 91 year old physicist ever saw in person.

This will be the first time scientists are getting an up-close look at any star. Young said “our sun is the laboratory for all the other stars in the universe” because we won’t be able to see other stars with the kind of detail we’ll be getting from the sun.

“The fact that we get to go there personally, to touch it, up close and personal and make these measurements means that we are not only opening up our eyes about our own star, but all the other stars in the universe.”

Brenda Argueta contributed to this report.