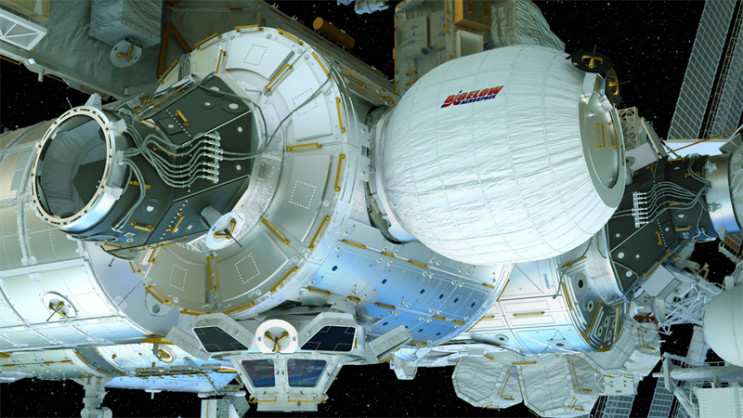 Renderings of the BEAM, an inflateable habitat, expanded on the International Space Station. Photo: Bigelow Aerospace

NASA announced a new partnership with private industry – this time on the International Space Station.

The space agency asked private companies how they might use a docking port on the space station. In a blog post, NASA Administrator Charles Bolden said the response was overwhelming. Now, NASA will begin the process of selecting companies that want a spot on the station.

The ISS is set to be decommissioned in the mid-2020s, but a commercial presence could extend the life of the orbiting lab. One private company, Bigelow Aerospace, is currently testing an inflatable living space on the station.

NASA partners with private companies to send astronauts to the International Space Station, ending the reliance on the Russian space agency to ferry American astronauts, but those efforts are delayed. Boeing, one of those contractors, told Aviation Week it’s experiencing delays in it’s Starliner commercial crew program. And SpaceX, another commercial crew contractor, is still investigating an explosion that destroyed a Falcon 9 rocket on a launch pad.

Bolden’s announcement comes on the heels of an op-ed published by President Obama refocusing NASA’s efforts on putting humans on Mars. Bolden said having a presence in low earth orbit – like the space station – is “the heart and soul of NASA’s journey to Mars.”