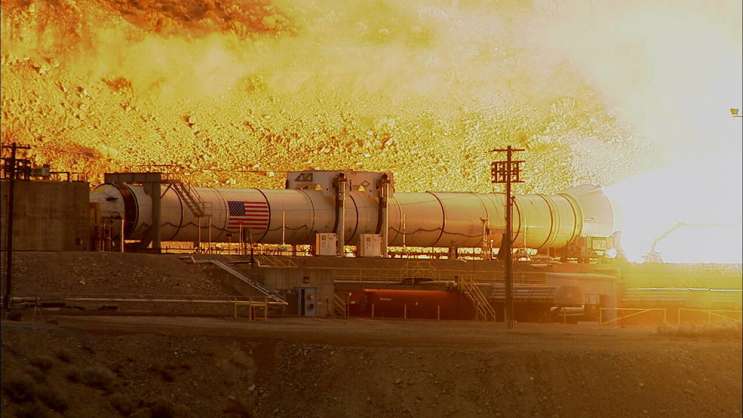 Two solid rocket boosters, each 177 feet tall, will help NASA’s next generation of rocket escape the grasp of Earth’s gravity.

NASA’s Space Launch System (SLS) will help carry the Orion capsule to places like deep space and an orbit around the moon, and do so as early as 2018.

Tuesday’s test will fire the booster for two-minutes, the same amount of time they’ll burn in a real mission providing 3.6 million pounds of thrust.

It’s the last of two test firings of the booster before for Exploration Mission 1 – an unpiloted test flight of the Orion capsule launching from Kennedy Space Center.

The test takes place in Utah and airs on NASA TV starting at 9:30 am.