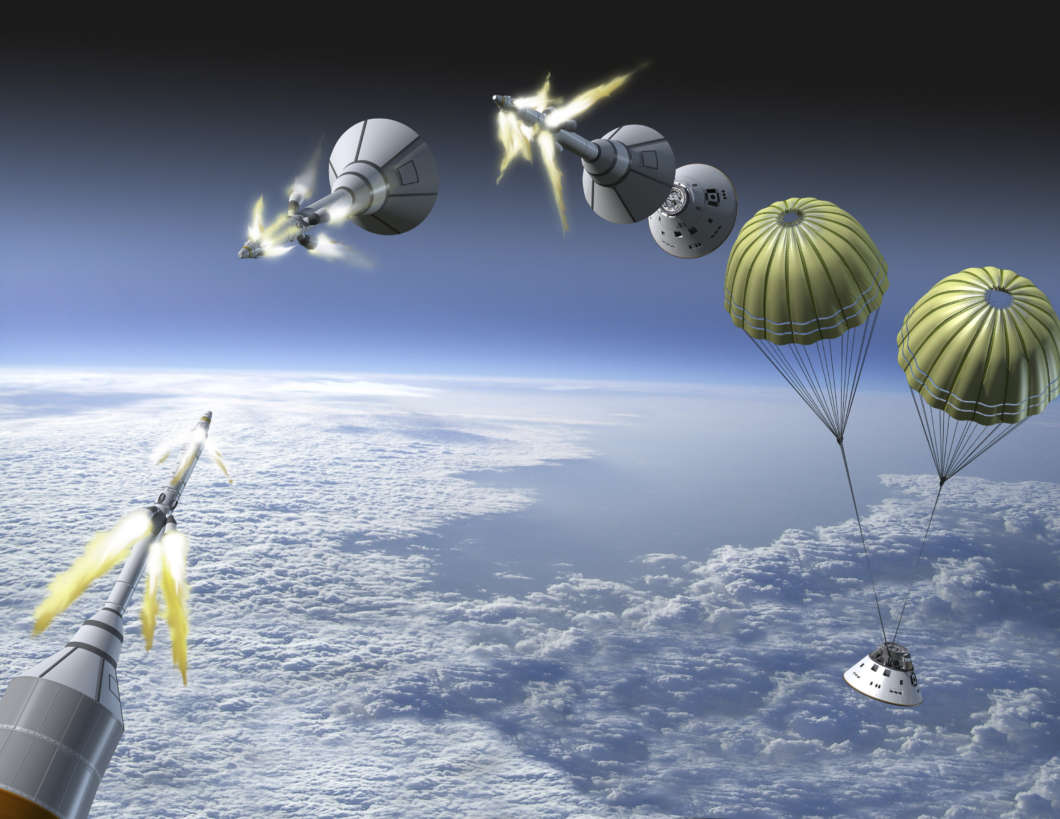 This is an artist's concept of the attitude control motor in operation during an abort. Photo: NASA

If something goes wrong during a launch of NASA’s Orion space capsule, powerful engines on top of the vehicle will fire, pulling it to safety.

Engineers are planning a critical test of that system next year where they will rely on twelve tiny flight recorders small enough to fit in your hand to provide data to engineers.

The Orion program’s Christina Rojdev says about 20 people were involved in the drop test of the equipment from Kennedy Space Center “making sure it can survive the impact loads when it lands in the water and making sure our beacons work and we can find them.”

Orion’s David Petri said the drop test was a success and is ready for a larger test, called the Ascent Abort 2 (AA-2) next year.

“[The test is] going to allow us to refine that concept to make sure we recover all of our data recorders, because the most importing thing about the AA-2 mission is the data.”

The drop test comes ahead of an in-flight abort test of the system, scheduled for April 2019 from Cape Canaveral.

The helicopter has taken off from the Shuttle Landing Facility! The helicopter will fly to an altitude of 5000 ft where the team will release the devices to drop back to Earth. pic.twitter.com/JUJ7DRzidv