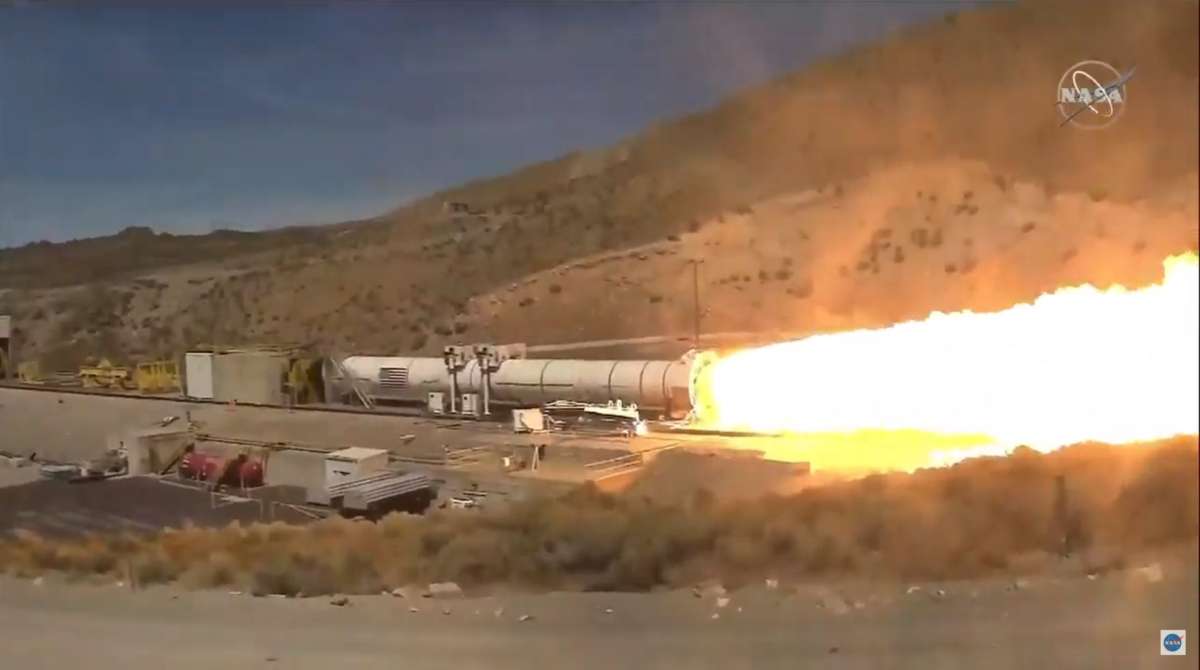 NASA tested the solid rocket booster that will help send humans to the moon in the second half of the 2020s.

Today’s test is not only about power — it’s also about the technical innovations that will help us explore the Moon and beyond. Our engineers and technicians will continue to analyze the data and use it to improve future rocket boosters on future #Artemis missions: pic.twitter.com/pmmncSTXKc

SLS will launch NASA’s Orion capsule on trips to the moon. First an uncrewed mission late next year, followed by two crew missions. The third mission calls for two astronauts to step foot on the lunar surface.

The test Wednesday of the Northrop Grumman built booster in Utah will help engineers and designers make changes for future Artemis missions. The test appeared a success with the booster firing for more than 2 minutes.

NASA’s moon program and SLS rocket have faced increased scrutiny since the rocket is behind schedule and over budget, now estimated to cost more than $9 billion.