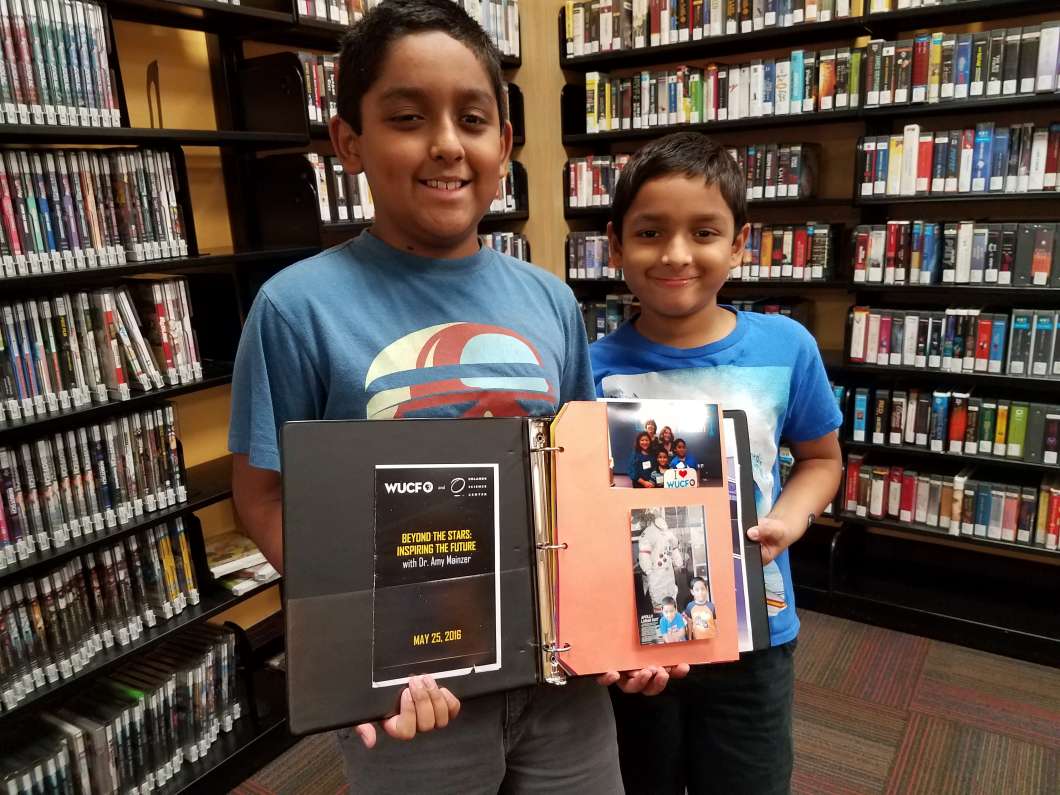 Future NASA astronauts or engineers may come from your local library. The space administration is looking to the Orange County Library System for new recruits and the chance to create a more diverse workforce in the fields of science and engineering.

“I’m Planning On Being An Astronaut.”

Brothers Isaac and Jacob Matthew, aged 8 and 9, stand at a table filled with all sorts of plastic pieces. They’re building materials, with no instructions on how to put them together. It’s up to the brothers to decide what to make. Jacob works on a sword. Isaac is tweaking his weapon.

“I’m trying to fix and improve this ax here, but I can’t really figure out this one here, because it’s mostly the connectors right here,” says Isaac, fiddling with the pieces.

The room full of building materials is at Orange County Library System’s South Trail Branch. It’s a part of a traveling exhibit called Explore Tech  with the goal of exposing kids to the world of engineering.

Jacob, like his brother is playing around with his plastic creation. He says he already knows about engineering – and he’s going to make a career out of it.

“I’m planning on being an astronaut and engineer at the same time. An engineer that goes into space,” he says with confidence and pride.

Librarian Carolyn McClendon says many of the kids at her library aren’t following Isaac and Jacob down the path of science and engineering – and that worries her.

Vasquez speaks to young kids about her job at NASA. Photo: Brendan Byrne

“Well our kids, when you ask them what they want to be they say NFL or NBA stars,” says McClendon. “They don’t have that concept that it’s not going to happen. They need to think realistically what can I do with my life and this is a way for them to make a living to make great things and change the world.”

McClendon’s library is in Holden Heights, a low-income neighborhood in Orlando. According to the Florida Department of Education, 100% of the students in three of the area’s elementary schools are eligible for free or reduced lunch.

Ledlyne Vasquez, a child of Hattian immigrants, is an electrical engineer with NASA. She grew up in a similar neighborhood in South Florida. That’s why she’s here to talk to the kids about her path to a job in engineering.

The STEM field has struggled to close the gap in diversity – both in gender and race. Many of the kids listening to Vasquez talk are black or Hispanic, and many of them girls. Not at all like her co-workers

She says once the kids see someone that looks like them doing this job, there’s more enthusiasm to peruse a STEM education.

“Your average student may not see an African American female electrical engineer from NASA. There’s not that many of us,” says Vasquez.

Back in the engineering play-room, Isaac and Jacob are hardly thinking about diversity in the STEM workforce. They both are convinced they’re going to pursue a career in the field.