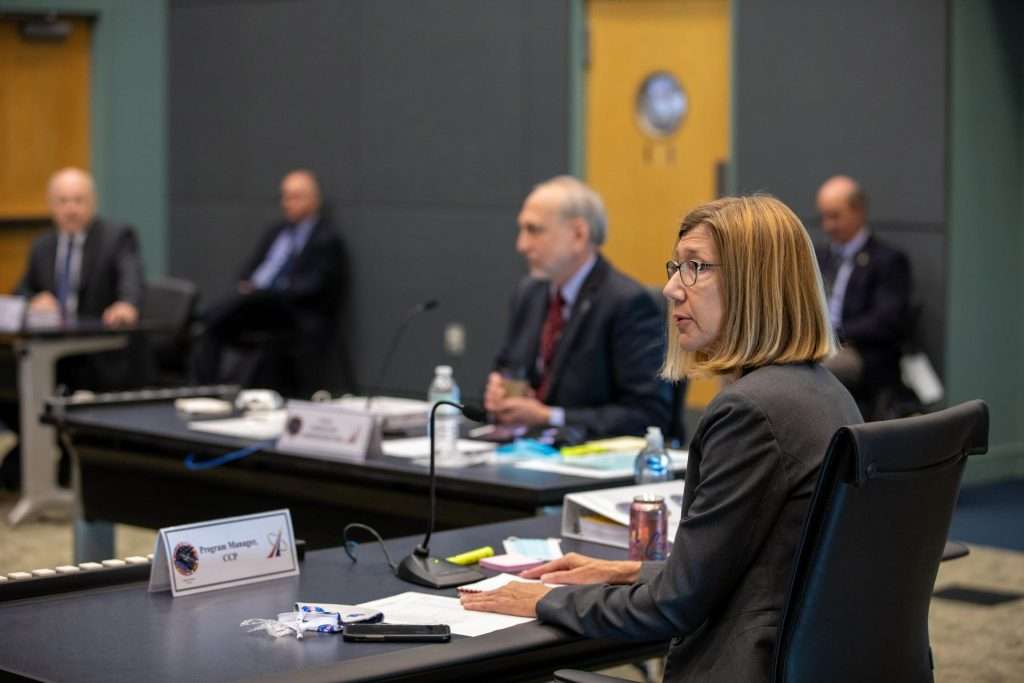 NASA has given SpaceX the go-ahead to launch astronauts from Kennedy Space Center next week, a first since the end of the Space Shuttle program in 2011. NASA and SpaceX completed what’s called the Flight Readiness Review — one of the last major hurdles before launching two astronauts next week.

Bob Behnkin and Doug Hurley will launch on SpaceX’s Crew Dragon capsule, a test flight for the vehicle on a trip to the International Space Station.

“The launch readiness review was good and we are a go,” said NASA administrator Jim Bridenstine. The FRR, cunducted at KSC, looks at all aspects of the rocket and capsule before launch.

While the review is complete, NASA and SpaceX will continue final preparations ahead of the launch, including a dress reherasal for the astronauts to suit up and strap in to the capsule. A final Launch Readiness Review will happen next week.

The mission is part of NASA’s $6 billion dollar Commercial Crew Program, using private companies SpaceX and Boeing to send astronauts to the station.

SpaceX complete an uncrewed flight of the Crew Dragon capsule to the station last year. Boeing’s test flight ended in failure when its Starliner capsule failed to reach the right orbit to meet up with the ISS.

The crewed SpaceX launch is currently scheduled for Wednesday May 27 at 4:33 p.m. ET.