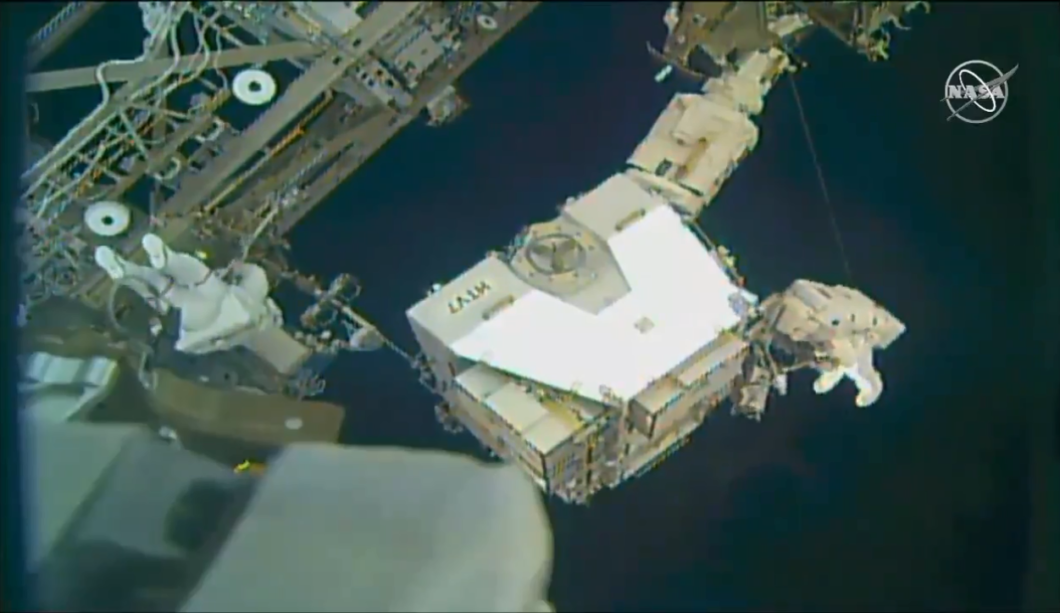 The two had to lug 300-pound adaptors the size of large coffee tables into position and make the switch.

While the station uses solar panels, batteries help store that energy and provide power when the station is in the dark.

NASA is about halfway through replacing the 48 old batteries with the newer ones. Next week, McClain, along with NASA’s Christina Koch, will perform a similar task as the first all-female spacewalk crew.