NASA Spacecraft Gets Up Close With Jupiter’s Great Red Spot 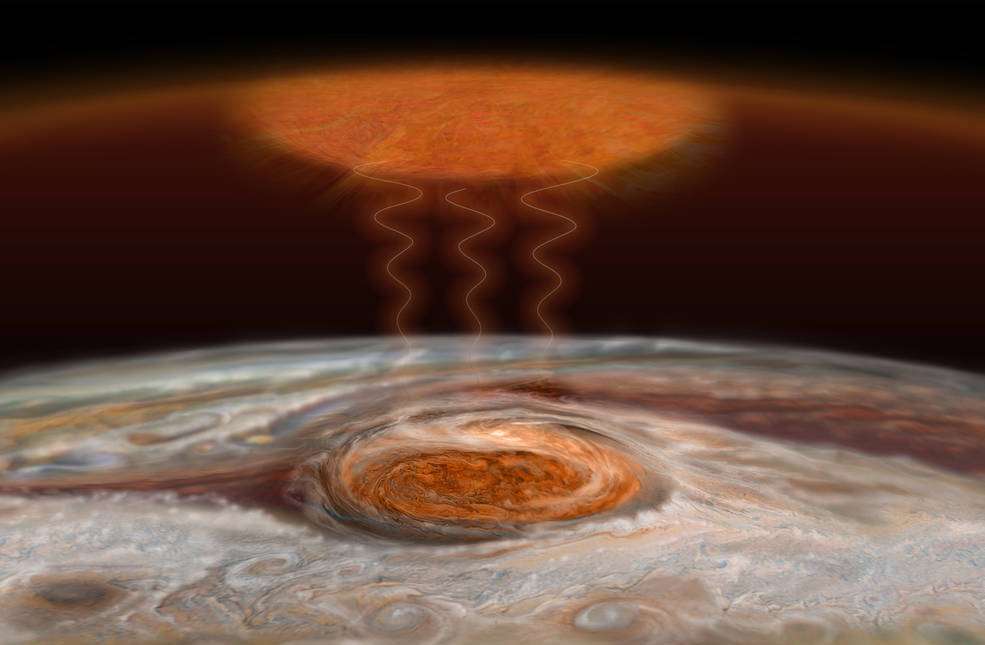 Scientists are about to get an up-close and personal look at the planet Jupiter’s most famous landmark, the Great Red Spot.

NASA’s Juno spacecraft will be directly over the spot shortly after 10 p.m. ET Monday, July 10, about 5,600 miles above the gas giant’s cloud tops. That’s closer than any spacecraft has been before.

The spot is actually a giant storm that has been blowing on Jupiter for centuries. It’s huge, larger than Earth in diameter.

“It’s lasted a really long time,” says Scott Bolton of the Southwest Research Institute in San Antonio and principal scientist for NASA’s Juno mission to Jupiter. “No scientists really understand exactly how that storm is created or why it could last so long.”

Not only will Juno’s camera be able to capture detailed images of the spot, but the probe also carries scientific instruments that can provide additional details about the storm. For example, the microwave radiometer can peer through the clouds and see what kinds of atmospheric structures underpin the spot.

“It’s possible that the roots are quite deep,” says Bolton. “So we’ll be able to take a look at that and see what’s underneath the cloud tops.”

Bolton and his colleagues are planning to bring a lot of astronomical resources to bear during this flyby. Ground-based telescopes, Earth-orbiting telescopes, even amateur astronomers will be taking measurements of the planet around the time Juno gets there to provide as complete a picture of the storm as possible.

This isn’t the last time Juno will pass over the spot. Once every 53 days the spacecraft’s orbit takes it close to the planet. Each future flyby of the Red Spot will focus on a different kind of science.

Another Juno instrument can measure the gravity field around the spot. Bolton says there may be something massive below the spot that’s contributing to its existence.

“Maybe there’s a blob going around Jupiter that’s underneath the Red Spot, and we may be able to see that,” he says.

Imagine that. The Great Red Spot may have a Great Big Blob associated with it.

Juno’s main antenna will be pointed away from Earth during the closest approach, so it will be a few days before the data and pictures stored on board can be downlinked to Earth.

Bolton is confident the images will be eye-popping when they arrive.

“Jupiter is stunning when you get near it,” he says.