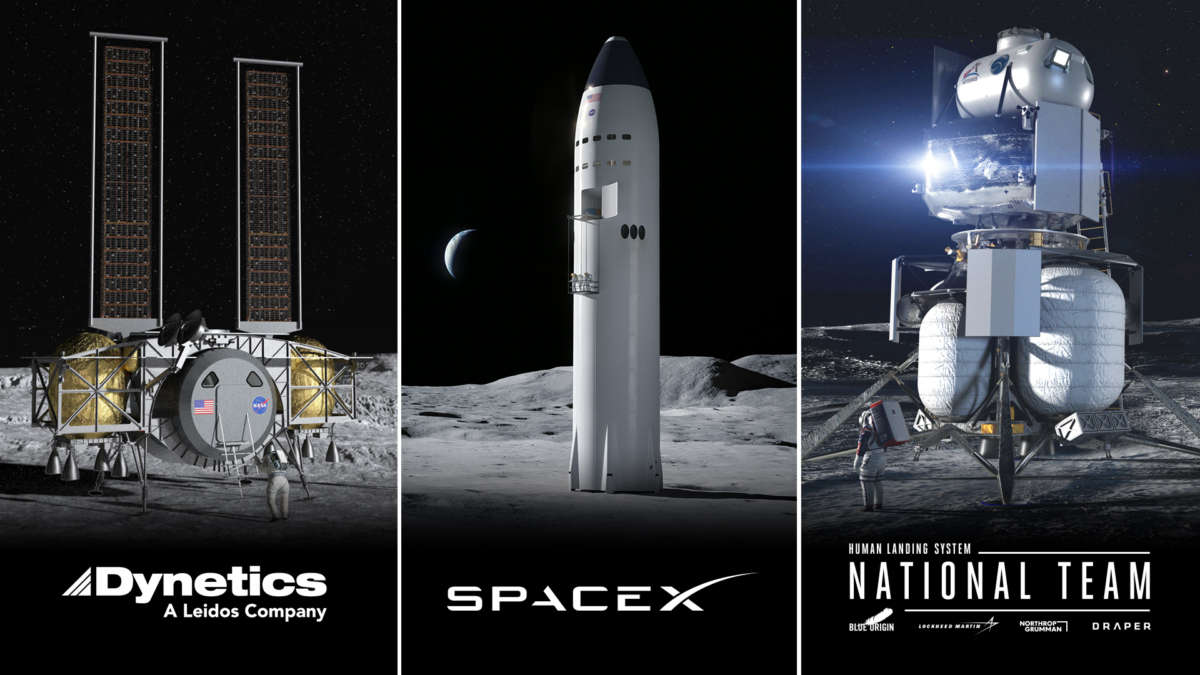 NASA has selected three companies to build the next lunar lander, part of the agency’s efforts to return humans to the moon by 2024.

Elon Musk’s SpaceX, Alabama-based Dynetics and a team lead by Jeff Bezos’ Blue Origin will each design new spacecraft to land humans on the moon for NASA’s Artemis program.

The combined $967 million dollar contracts are the last step in developing the agency’s next moon shot.

“Let’s make no mistake about it. We are now on our way,” said NASA’s human spaceflight chief Doug Loverro. “There are no hurdles left, there are no more puzzle pieces to add. We’ve got all the pieces we need.”

The agency is in the final stages of testing SLS, the rocket that will launch humans to the moon and the Orion capsule that will take them there. NASA plans to launch an uncrewed mission to orbit the moon and return home in 2021, followed by a crewed mission around the moon. The third launch, called Artemis 3, will take astronauts to the surface.

“One thing that we have not had as an agency under development is a human landing system,” said NASA administrator Jim Bridenstine. “This is the last piece that we need in order to get to the moon. Now we’re going to have that under development.”

NASA is scrapping plans to first place a mini-space station called Gateway into lunar orbit first. Bridestine said the lunar lander would launch to the moon on a commercial rocket, followed by the crew in Orion on SLS. The capsule and lander would then rendezvous near the moon before taking humans to the surface.

The contracts are for the next ten months of development. Then, NASA will select which of the three will continue building and testing the design.

Each design is different. Dynetics proposed a two-stage lander with a descent and ascent stage launched to the moon on ULA’s Vulcan rocket. The “National Team,” led by Blue Origin with help from Lockheed Martin, Northrop Grumman and Draper, pitched a three-stage landing system launched on Blue Origin’s New Glenn rocket. SpaceX proposed its single-stage Starship with a launch on its Super Heavy rocket.

NASA asked for multiple types of landers to achieve “innovation and the dissimilar redundancy of approaches,” said Lisa Watson-Morgan, NASA’s Human Landing System program manger. The variation of designs allows the program to change rapidly as the 2024 deadline fast approaches.

The Trump administration charged the agency with landing humans on the moon launching from Kennedy Space Center by 2024. Previously, the agency had targeted 2028 for a lunar mission.