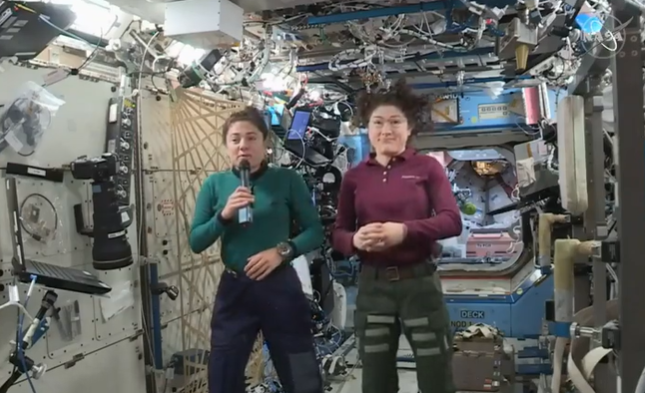 NASA spacewalkers have a busy few months ahead. The first of ten planned repairs to the International Space Station kicks off this Sunday. It’s a pace not seen since astronauts finished assembling the ISS back in 2011.

The first half of the 10 missions will focus on upgrading the station’s power system. The batteries are quite large and it will take multiple spacewalks to move them into place.

“If you imagine your kitchen refrigerator, and you cut your refrigerator in half, that’s about the size of these batteries,” said Space Station program manager Kirk Shireman.

The fourth spacewalk in the series, scheduled for October 21 with NASA’s Christina Koch and Jessica Meir will be the first all-female spacewalk.

“It is a milestone, and marks upon the fact that we have so many women actively engaged in the space program now,” said NASA astronaut office deputy chief Megan McArthur.

An earlier attempt for an all-female spacewalk was cancelled when it was discovered that the agency didn’t have enough medium-sized space suit liners. NASA said it now has the right suits for the duo.

Meir arrived at the station last week. Koch is set to set a record number of days in space after arriving more than 200 days ago.

The second half of the spacewalks will focus on repairing a science experiment installed on the station.

NASA said the cadence of spacewalks may set a record pace for the agency.