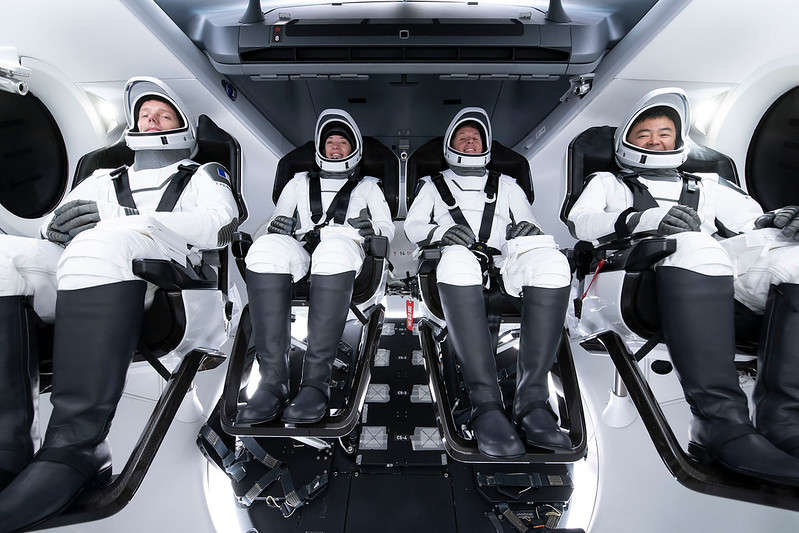 NASA is giving SpaceX the “go” to launch four astronauts from Kennedy Space Center later this week on its Crew Dragon capsule, but weather could delay those efforts.

The Crew-2 mission will launch four astronauts to the International Space Station on SpaceX’s Falcon 9 rocket. It passed its critical Launch Readiness Review Tuesday, but mission managers are keeping a watchful eye on the weather.

While weather at the pad for Thursday morning’s launch attempt will be favorable, weather forecasts along the path of the mission are iffy. NASA and SpaceX track weather along the launch trajectory in case there’s an abort mid flight.

A front over Central Florida Tuesday is bringing strong storms. While that is expected to clear by launch day, sever weather along the track of the launch is expected.

“Downrange weather is a little trickier. As this high pressure system moves over the Arkansas area, that combined with this front is causing some pretty high winds in the areas downrange and some pretty high waves,” said NASA’s commercial crew manger Steve Stitch. “Of the two days right now, Friday looks better than Thursday. We’ll continue to watch the weather.”

Mission managers will get another weather briefing Wednesday morning and expect to make the call on which day to launch after recieving that forecast.

The launch is currently scheduled for Thursday at 6:11 a.m. ET. The launch will be the second operation mission for SpaceX under NASA’s commercial crew program, launching two NASA astronauts, a European astronaut and a Japanese astronaut.