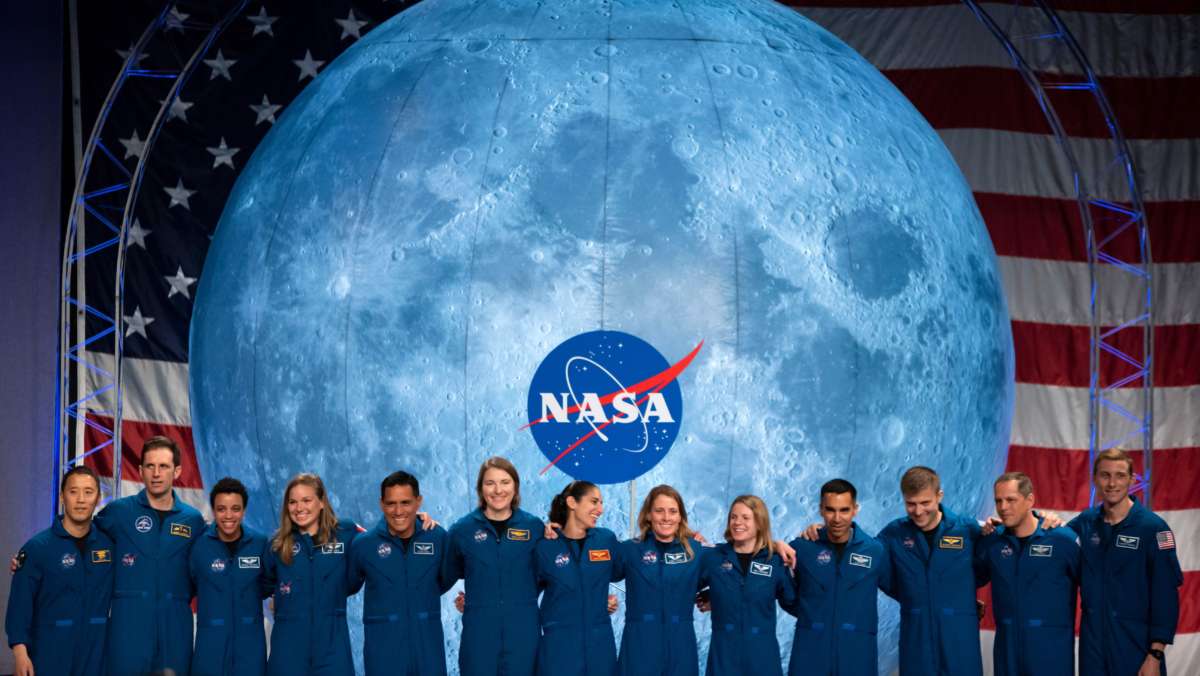 NASA's ambitions for putting astronauts on the moon have been delayed. Here, newly minted astronauts from NASA and the Canadian Space Agency are seen last year. They're the first candidates to graduate under the Artemis program, and could be eligible for assignments including the Artemis missions to the Moon, International Space Station, and missions to Mars.
Image credit: Mark Felix

NASA’s first human mission to the moon in more than 50 years, which could include putting the first woman and person of color on the lunar surface, won’t happen until at least 2025, the agency said Tuesday.

It’s planning at least 10 Moon landings in the future — but NASA’s leaders said Tuesday that an overly aggressive timeline from the Trump administration and a prolonged legal fight over a key contract are two reasons why it had to alter plans for its Artemis missions.

NASA Administrator Bill Nelson said other issues were also in play, including the difficulty of creating a new human landing system during a global pandemic and a lack of sufficient funding.

“Returning to the Moon as quickly and safely as possible is an agency priority,” Nelson said in a NASA press release. “However, with the recent lawsuit and other factors, the first human landing under Artemis is likely no earlier than 2025.”

Nelson said the lunar program was held up by nearly seven months because of Blue Origin’s lawsuit over NASA awarding the lucrative human lander system contract to SpaceX. Blue Origin has said the procurement process was flawed — but the Government Accountability Office has rejected its protests, and last week, the U.S. Court of Federal Claims dismissed Blue Origin’s lawsuit.

As he announced the slower timeline, Nelson emphasized the project’s main goals: to put U.S. astronauts back on the moon.

“The human landing system is a crucial part of our work to get the first woman and first person of color to the lunar surface, and we are getting geared up to go,” he said.

Previously noted snags also include the difficulty of designing and producing new spacesuits. In August, NASA’s inspector general announced that because of several factors, the updated spacesuits wouldn’t be ready until April of 2025.

Nelson added that NASA wants to put the U.S. back at the forefront of space activity, noting the need to stay ahead of China’s space program that has notched several milestones in recent years — including putting three crew members in its own permanent space station.

He also characterized the Trump administration’s goal of landing people on the moon by 2024 as “not being technically feasible,” according to NASA.

Despite the slowdown, NASA leaders said they are still committed to another historic mission, to send astronauts to Mars.

The first launch in the Artemis lunar program will take place in 2022, when NASA will use its new Orion capsule and launch system in an uncrewed flight test. The second mission would come in 2024, when a crew will loop around the moon. The next step will be Artemis-III, a crewed lunar landing mission.