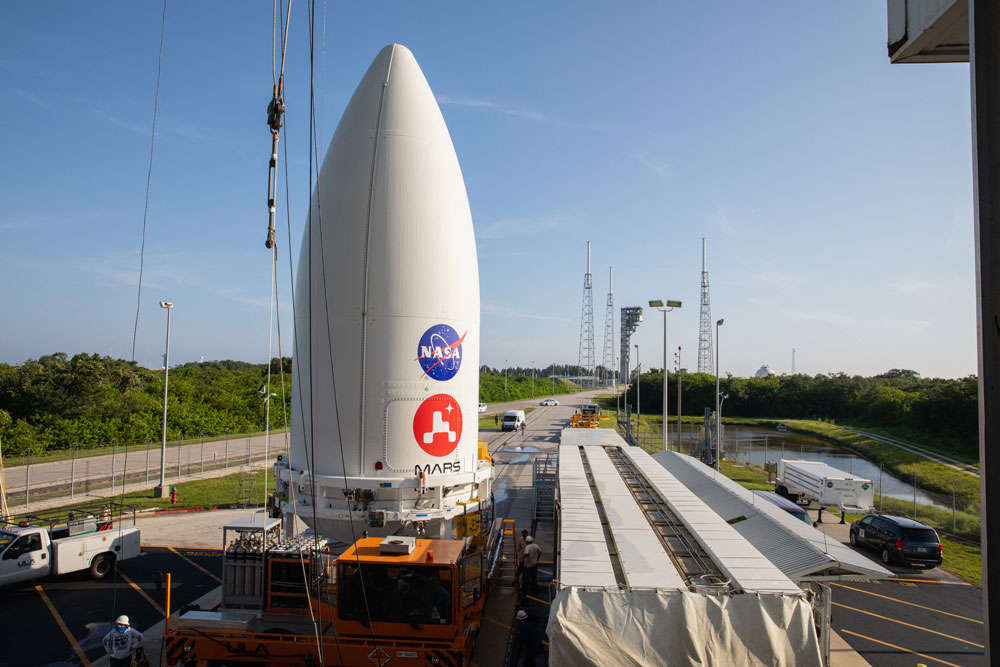 The payload fairing, or nose cone, containing the Mars 2020 Perseverance rover sits atop the motorized payload transporter that will carry it to Space Launch Complex 41 on Cape Canaveral Air Force Station in Florida. The image was taken on July 7, 2020. Photo: NASA/KSC

NASA is taking additional safety measures for the launch of its Mars Perseverance rover next week from Cape Canaveral. That’s because it’s packed with radioactive material.

The NASA rover relies on marshmallow-sized chunks of plutonium for power. As the material decays it gives off heat which the rover can turn into electrical power.

There’s only about a tenth of one percent chance that an accident could occur which results in radioactive particles going airborne. Even still, the possible exposure would be low to those nearby.

Despite the low risk, Kennedy Space Center is deploying 30 sensors around the area to measure air quality and alert NASA if there’s any radioactive particles nearby.

If anything does happen, NASA and Brevard county will offer guidance to residents near the launch site like sheltering in place until an all clear is issued.