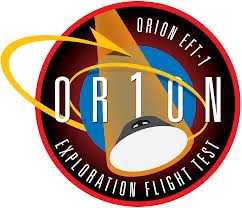 The test flight is scheduled for December.

The United Launch Alliance Delta IV Heavy rocket will remain at the pad until launch day. Orion is scheduled to move in November.

Orion is NASA’s new deep space capsule, aimed at taking astronauts beyond low Earth orbit for the first time in a generation.

Eventually the space agency wants to send astronauts to an asteroid and Mars.

The test flight will send Orion 3,600 miles into space on a four-hour mission. The spacecraft will orbit the Earth twice before splashing down in the Pacific Ocean.

Meanwhile NASA announced this month Boeing and SpaceX will develop the spacecrafts that will replace the shuttle in flying astronauts to the International Space Station.

The announcement makes way for American-based human space flight to resume in 2017.