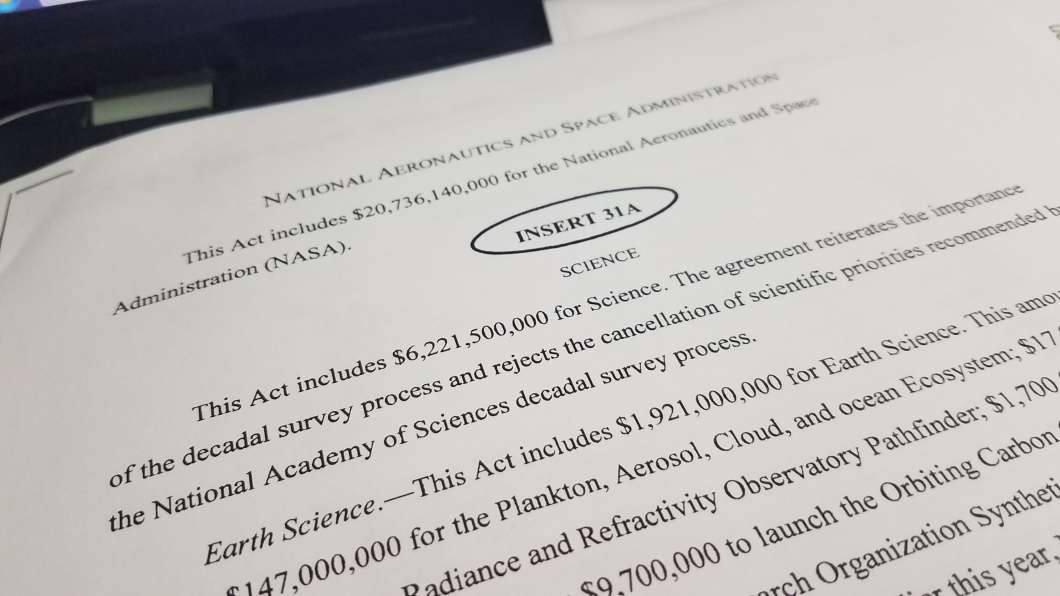 NASA’s planetary science division gets a big boost to fund initiatives like a mission to Europa one of Jupiter’s moons.

There’s also money for Mars exploration including the development of a Martian helicopter.

The House passed the bill Thursday and now it must pass in the Senate by Friday to avert another government shutdown.