NASA Plans To Fire Engines On Its Next Moon Rocket, A Critical Test Before Launching From Kennedy Space Center 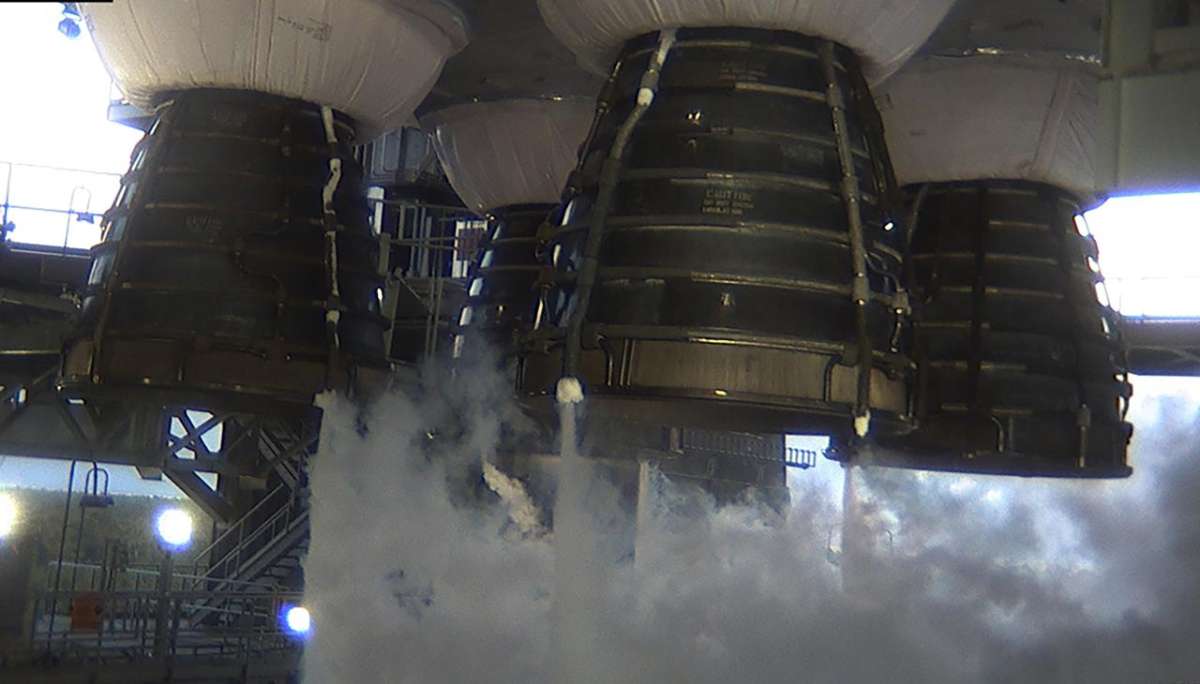 Teams at NASA’s Stennis Space Center will perform the final test in the Green Run testing series for the core stage of the new Space Launch System Saturday, Jan. 16. This image shows liquid oxygen as it naturally boils off and is vented from the four RS-25 engines that will be fired during the final core stage test. Photo: NASA

NASA plans to conduct a critical test Saturday of its next moon rocket SLS, firing the rocket’s four main engines for the first time.

It’s the final test in the SLS green run campaign, putting the rocket’s core stages through its paces before a possible launch later this year.

The hot fire test conducted at the Stennis Space Center in Mississippi includes fueling the booster with cryogenic propellent and firing the four RS-25 engines for up to 8 minutes simulating the planned launch.

The test is the last major milestone before shipping the rocket to Kennedy Space Center. “We’re on track to deliver the core stage to Kennedy in February,” said NASA’s John Honeycutt.

The hot fire test is the final major testing milestone conducted at Stennis during the green run campaign, which included testing the fueling of the rockets huge liquid propellant tanks. The hot fire test of the main engines, which were previously designed for the Space Shuttle, will cap off the campaign. NASA said people within 60 miles of the test stand could hear the engines roar.

“Prior testing has given us a lot of confidence and then we are ready to proceed with this hot fire test,” said NASA’s Julie Bassler. “The reason  we test is to uncover issues on the ground and not in space. We expect to learn more about our hardware and about our system and what lessons we need to include for our launch at Kennedy Space Center.”

The SLS core stage is manufactured by Boeing and has experienced cost overruns and delays, most recently due to tropical activity in the Gulf of Mexico that delayed some green run testing. NASA is targeting a launch of SLS by the end of 2021.

Work continues for other parts of the rocket system. Lockheed Martin said work on the Orion capsule is complete and it has handed off the spacecraft to NASA. Teams at Kennedy Space Center are stacking the two solid rocket boosters that will help lift the huge rocket of the pad at LC-39B.

The rocket will send an uncrewed Orion capsule later this year on a trip around the moon and back, called Artemis I, paving the way for human launches to the lunar surface in the 2020s.