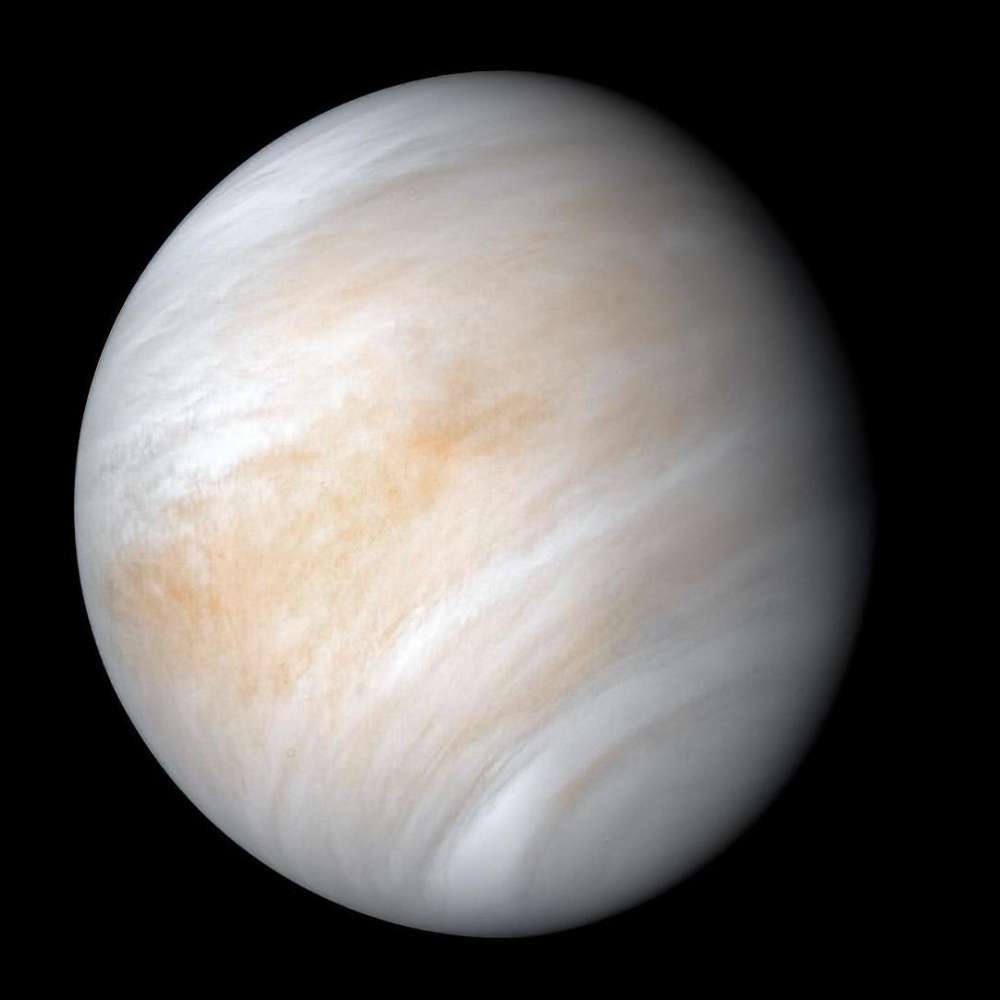 An image of Venus taken by NASA's Mariner 10 spacecraft as it sped past the planet in February 1974. NASA has decided to send two new probes to explore Venus.

NASA has decided to send two new missions to Venus, our closest planetary neighbor, making it the first time the agency will go to this scorching hot world in more than three decades.

The news has thrilled planetary scientists who have long argued that Venus deserves more attention because it could be a cautionary tale of a pleasant, Earth-like world that somehow went horribly awry.

“I never knew it was possible to cry and have goose bumps at the same time, because that’s what happened to me when I heard the news,” said Darby Dyar, a planetary geologist at Mount Holyoke College who is the deputy principal investigator on one of the missions, and chair of NASA’s Venus exploration advisory group.

“The Venus community has waited decades for this moment, and to have NASA give us two missions in one, both complementary, is out of this world,” Dyar said.

Venus may have suffered a runaway greenhouse effect

Venus has been called Earth’s “evil twin” because it is about the same size as Earth and probably was created out of similar stuff; it might have even had at one time oceans of liquid water.

But Venus appears to have suffered a runaway greenhouse effect. Temperatures at its surface now exceed 800 degrees Fahrenheit, and its atmosphere is toxic to humans.

NASA’s new administrator, Bill Nelson, announced that after considering four different proposals for its Discovery Program, including proposed trips to moons of Jupiter and Neptune, the agency went all in on Venus.

The two missions are VERITAS, a mission to map Venus’ surface and understand its geologic history, and DAVINCI+, a mission that would send a sphere of instruments plunging down through Venus’ fearsome atmosphere, which is filled with clouds made of sulfuric acid droplets and other unknown chemicals.

“These two sister missions both aim to understand how Venus became an inferno-like world capable of melting lead at the surface,” Nelson said in his first address to the NASA workforce. “They will offer the entire science community the chance to investigate a planet we haven’t been to in more than 30 years.”

“This is beyond our wildest dreams,” said Martha Gilmore, a planetary scientist at Wesleyan University who is working with both missions. She notes these two missions were rejected in the last round of selections for NASA’s Discovery Program in 2017, so Venus proponents went into the selection process this time without any certainty of success. “I think we’re relieved. I feel a lot of relief.”

Two probes will be sent to Venus with different missions

These Venus missions could be ready to launch in 2026, but the exact timing is still to be determined. “The best case, if possible, would be if they could launch on a single rocket,” Gilmore said.

To her, the biggest mystery she wants answered is whether Venus had oceans and whether it was habitable for billions of years. “That’s what I want to know,” Gilmore said. “Some rock types only form in water, so we will be able to tell that from the orbiters on both missions.”

The VERITAS mission will have an orbiting probe with instruments that will let scientists create detailed 3D reconstructions of the planet’s landscape, and will reveal whether Venus has active plate tectonics and volcanoes.

The DAVINCI+ descent probe would sniff in atmospheric gases to measure their composition precisely, and it would be equipped with cameras that could take photos of the surface on the way down.

Much remains mysterious about Venus, even though it was the first planet that NASA explored, in the groundbreaking Mariner 2 mission that flew by Venus in 1962. It was the first time a spacecraft had ever successfully reached another world at a time when the planets were only known by peering at them through telescopes.

Back then, cloud-shrouded Venus was thought to be another Earth, though perhaps with a warmer, more tropical climate. Mariner 2 revealed its blazing hot surface could never support life.

While rovers on Mars have sent back lots of vivid panoramas showing the stark beauty of the red planet, images of the surface of Venus are hard to come by. The heat and intense pressure simply obliterate spacecraft.

Still, some researchers have proposed that life might eke out an existence on Venus by residing up in its slightly-less-hostile yet highly acidic clouds. Just last year, one group said it had detected signs of a gas known to be linked to life in the planet’s hazy atmosphere.

The last NASA spacecraft sent on a Venus mission was Magellan, which launched in 1989 to map its surface. Its work showed that much of the planet was covered with volcanic flows. The spacecraft burned up in the harsh Venusian atmosphere about 10 hours after being commanded to plunge toward the surface.