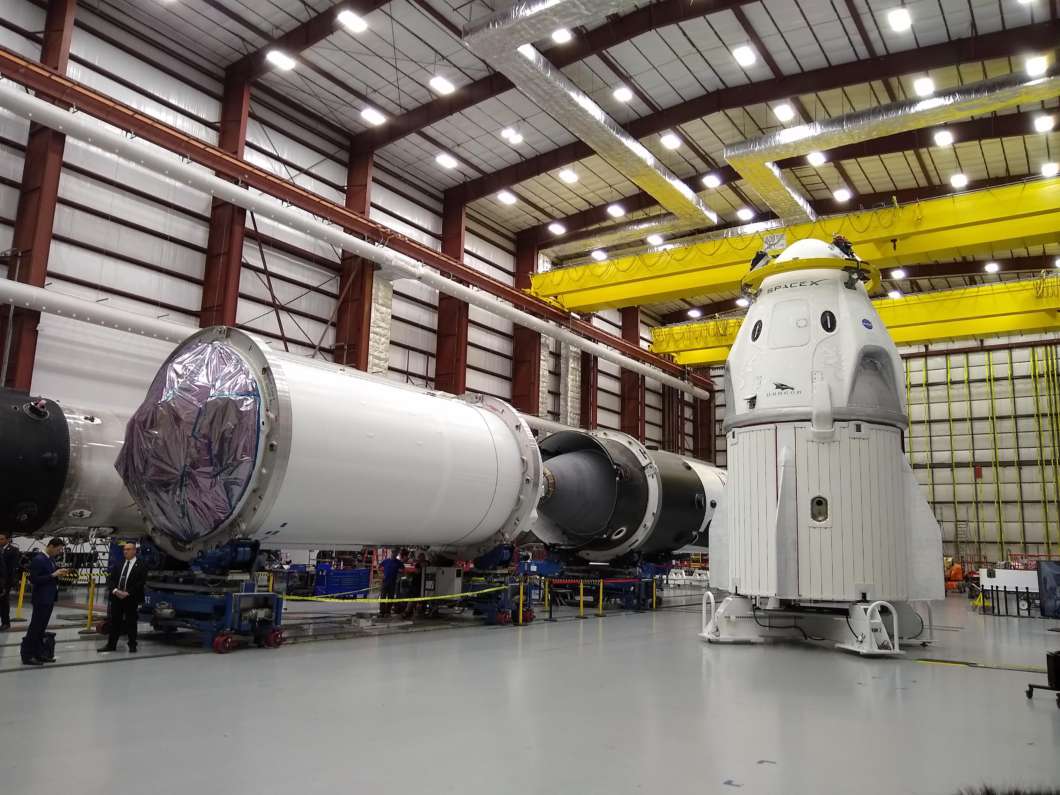 A NASA advisory panel is asking the agency to be patient as SpaceX investigates the cause of a ‘mishap’ while testing its Crew Dragon capsule. The spacecraft is designed to carry NASA astronauts to the International Space Station.

SpaceX was testing the eight abort motors on the capsule — the same spacecraft sent on an uncrewed mission to the ISS last month.

It’s unclear what happened on the pad, but thick smoke could be seen coming from SpaceX’s facilities.

The engine test was conducted ahead of a future in-flight abort test to prove the capsule could be pulled to safety should an issue happen during the first few minutes of launch.

The mishap occured during the test-firing of eight of the capsules SuperDraco engines. The test simulated vibration and acoustic conditions the capsule experiences during flight.

“Ensuring that our systems meet rigorous safety standards and detecting anomalies like this prior to flight are the main reasons why we test,” said a SpaceX spokesperson. “Our teams are investigating and working closely with our NASA partners.”

“The investigation will take time before the root cause analysis is completed and will determine impact to Demo 2 and the in-flight abort test,” said NASA’s Aerospace Safety Advisory Panel Chair Patricia Sanders. “Early efforts are focused on site-saving, data collection and reduction and development of the anomaly timeline.”

“It’s still too early to speculate on how that body of work will alter based on recent events,” said panel member and former NASA space shuttle astronaut Sandy Magnus. “As always, the panel encourages the team to be on guard against the dangers of schedule pressure.”

A cargo version of the capsule is still on-track to launch supplies to the ISS Tuesday. SpaceX’s Cargo Dragon doesn’t utilize the same abort motors as the Crew Dragon capsule.

However, because the Crew Dragon mishap occurred at SpaceX’s booster landing facility, the first stage of the station-bound booster will “likely” land on a barge at sea instead.

NASA is partnering with SpaceX and Boeing to launch NASA astronauts to the space station, ending the reliance on Russia’s space agency for rides to the station. NASA expressed “full confidence” in SpaceX as it continues the investigation.

“SpaceX is leading the mishap investigation, and NASA is participating in and supporting it,” said NASA spokesperson Stephanie Martin. “The mishap investigation is reviewing all of the data collected during the test, including high speed imagery and detailed spacecraft telemetry data and will include analysis of the recovered hardware from the test.”

SpaceX was targeting a crewed launch to the station this summer. It’s unclear how the anomaly will affect the schedule.

Boeing experienced a testing issue with its abort motors last year. The company is targeting an uncrewed launch of its Starliner capsule later this year.