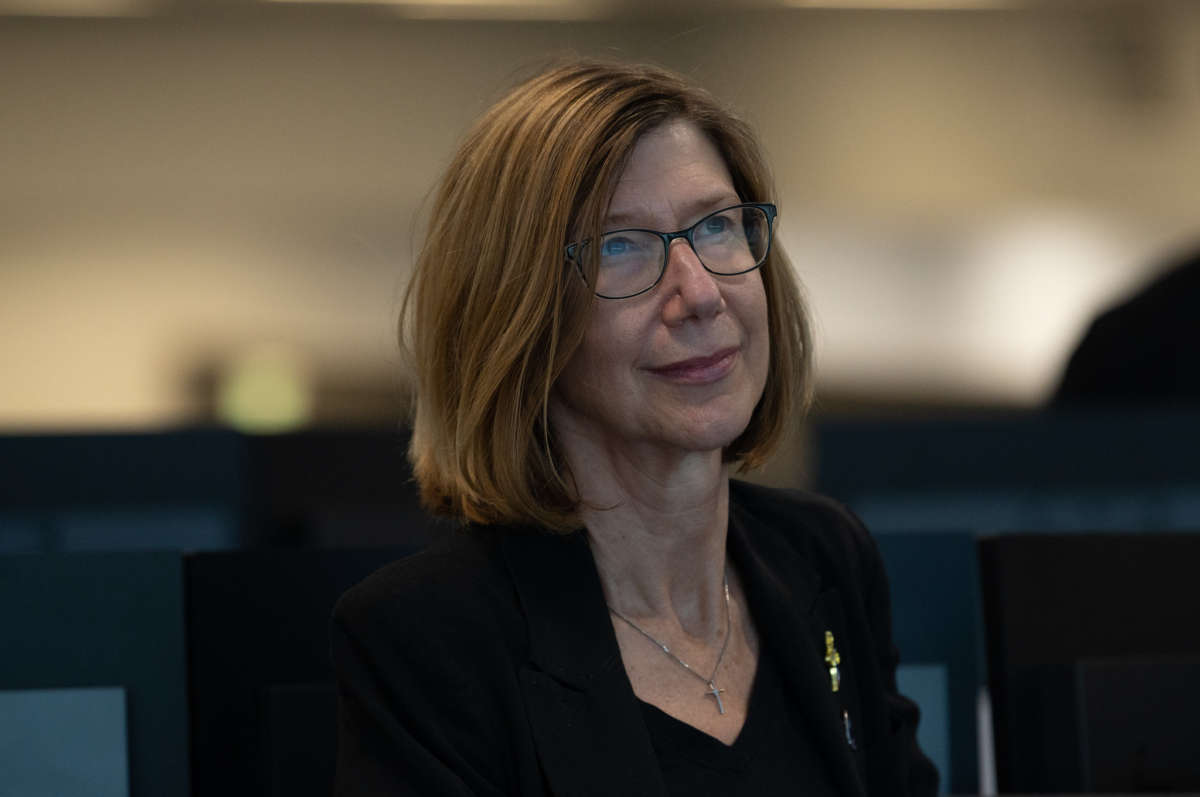 Since 2013, Lueders served as NASA’s Commercial Crew Program manager as SpaceX and Boeing developed new spacecraft to launch humans to the International Space Station. A successful launch of astronauts Dough Hurley and Bob Behnken last month from Kennedy Space Center ended a nearly decade-long reliance on Russia for rides to the station.

“[I’m] very proud of this team. I cannot tell you how happy I am and amazed that we’re here today,” said Lueders after SpaceX’s Crew Dragon launched from Kennedy Space Center May 30.

As HEO associate administrator, Lueders will not only oversee NASA’s Commercial Crew program but also the agency’s push to return humans to the moon in the 2020s. NASA’s Artemis program aims to land humans on the lunar surface by 2024 using its new rocket SLS and Orion crew capsule, launching from Kennedy Space Center.

“Kathy gives us the extraordinary experience and passion we need to continue to move forward with Artemis and our goal of landing the first woman and the next man on the Moon by 2024,” said NASA administrator Jim Bridenstine.

“From Commercial Cargo and now Commercial Crew, she has safely and successfully helped push to expand our nation’s industrial base,” said Bridenstine. “Kathy’s the right person to extend the space economy to the lunar vicinity and achieve the ambitious goals we’ve been given.”

The selection of Lueders Friday was celebrated by many in the spaceflight community. “Exceptionally good choice,” tweeted former NASA administrator Charlie Bolden. “No one is more deserving nor well-prepared for this challenge.”

Lueders replaces Doug Loverro who abruptly resigned just one week before SpaceX’s Commercial Crew astronaut flight. In a message sent to staff, Loverro said he took “a risk” earlier in the year because he judged it necessary to fulfill the mission. That risk led to his resignation, he said.

Lueders began her career at NASA in 1992, working on the Space Shuttle. She later moved to managing transportation on the International Space Station before taking over NASA’s commercial cargo and crew programs.

Steve Stich is named Commercial Crew Program Manager, and Ken Bowersox, who took over as interim human spaceflight chief after Loverro’s resignation, returns to his role as deputy associate administrator.