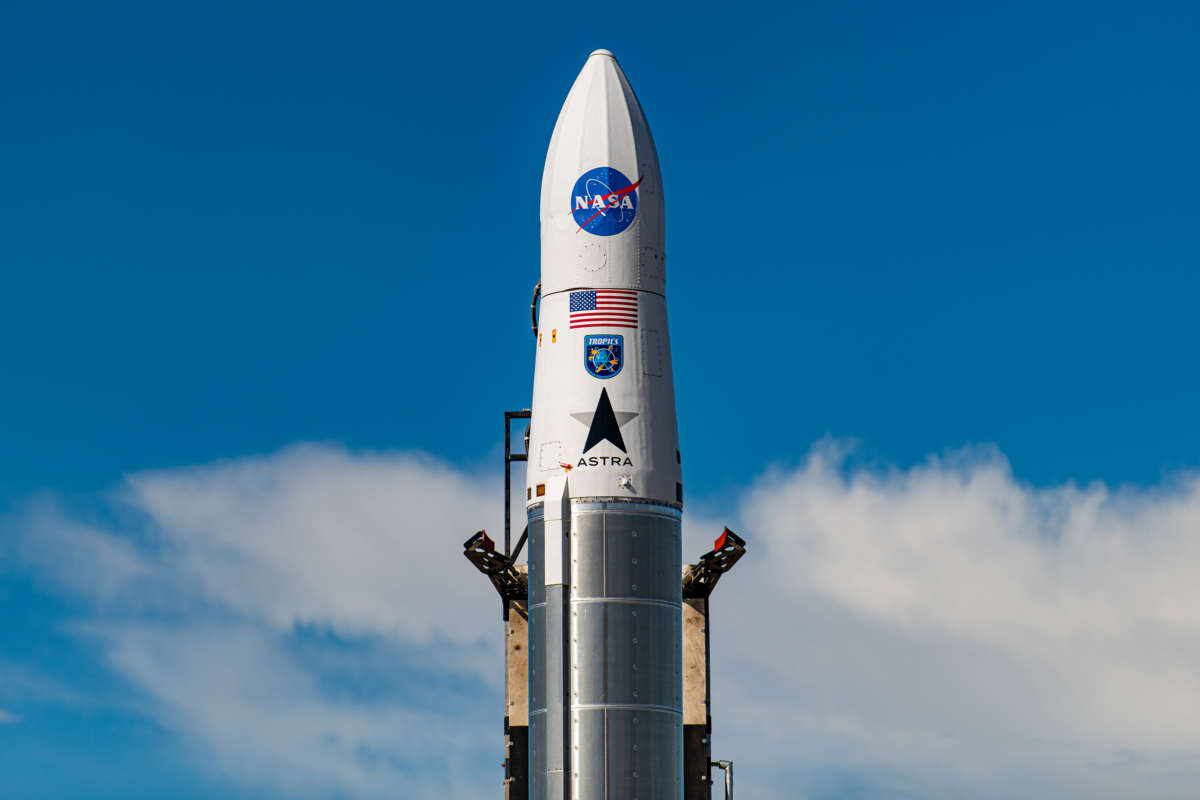 A pair of NASA satellites aimed at tracking tropical storms from space failed to reach orbit, according to the private company charged with launching the mission Sunday from Cape Canaveral in Florida.

The two satellites were about the size of a milk cartoon, and were set to be the first of six in a constellation to survey the development of tropical storms from space — a mission called TROPICS.

Private company Astra Space — which has only attempted to launch about a half-dozen orbital missions so far — said the first part of the mission launched according to plan, but the upper stage of the rocket’s engines shut down early… and the two tiny satellites failed to reach orbit.

A previous NASA mission by Astra Space, launching from Cape Canaveral back in February, also failed to reach orbit due to issues with the rocket’s upper stage. A follow up mission in March was successful.

NASA’s chief scientist tweeted that while the agency was disappointed in today’s failure, there’s value in taking risks. NASA awarded Astra some $8 million to launch the half-dozen TROPICS satellites. The agency says it will investigate the mishap.

TROPICS, which in NASA-speak means Time-Resolved Observations of Precipitation structure and storm Intensity with a Constellation of Smallsats, is a part of the agency’s efforts to examine the effects of climate change from orbit.

Climate change is warming ocean temperatures, fueling the development of tropical storms. The six satellites known as CubeSats that make up TROPICS will observe that behavior using a slew of coffee-mug sized sensors.

“They will collect high resolution observations of precipitation and storm intensification, particularly over the oceans,” said NASA’s Karen St. Germain. The observations by TROPICS will prove near-hourly data of a storm’s precipitation, temperature and humidity

“They will provide soundings of temperature and moisture in the atmosphere and give us rapid refresh — we’ll be able to see how storms intensify.”

Scientists like those at the National Oceanic and Atmospheric Administration can use the data collected by TROPICS to better understand that intensification and provide better forecast models.

Private rocket company and Space Coast newcomer Astra Space is launching the mission from Cape Canaveral on its Rocket 3.3 launch vehicle. Its first launch attempt from Florida back in February failed to get its payload into orbit, but a mission launched from the company’s Alaska launch site in March was a success.