NASA Launcher Out For Test Drive 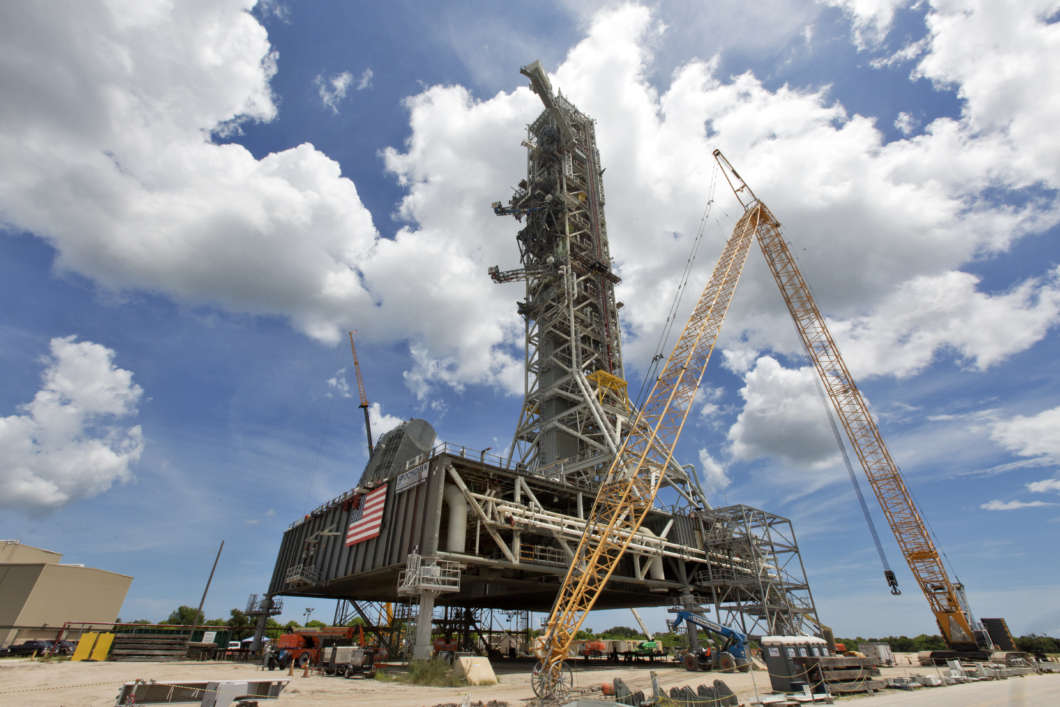 A swing test of the Orion crew access arm, topmost umbilical, is in progress on the mobile launcher at NASA's Kennedy Space Center in Florida, on Aug. 21, 2018. Photo: NASA

NASA’s mobile launch pad is on the move. Engineers are testing the pad ahead of the first mission of the SLS rocket.

The 11 million pound mobile launcher was moved from Kennedy Space Center’s Vehicle Assembly Building to pad 39B where ground system engineers are testing the fit.

NASA’s Space Launch System, or SLS, will be assembled in the VAB on top of the mobile launcher. Then, a massive vehicle called the Crawler-Transporter 2 will move the pad and the rocket to the launch site at a speed of about .7 miles per hour.

After a fit check, the crawler and pad will head back to the VAB to test more of the pad’s systems and the building’s upgrades.

NASA is targeting the first launch of SLS for 2020, when it will send the Orion space capsule on a trip around the moon.