NASA is set to return to the moon. Here are 4 reasons to go back 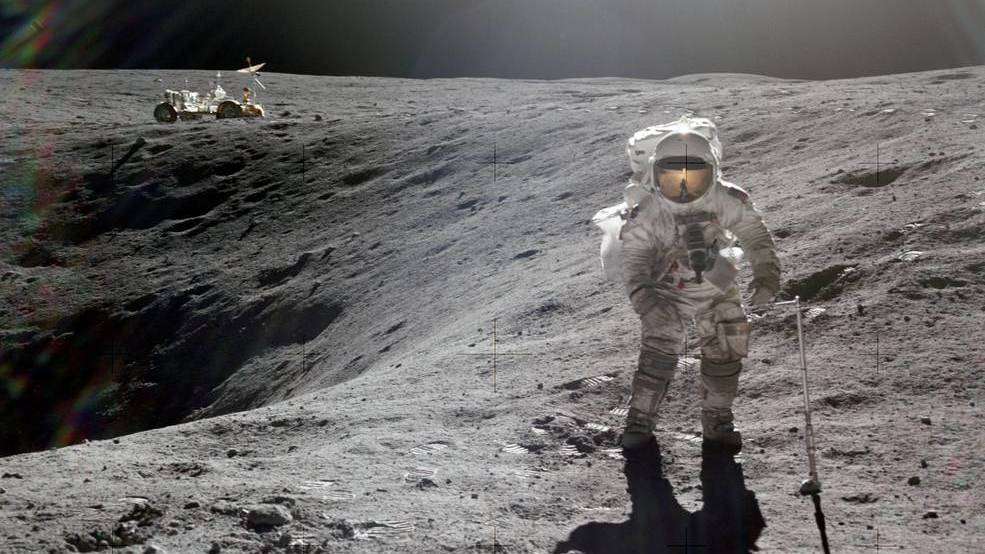 President John F. Kennedy delivered a famous speech in 1962 outlining his administration’s challenge to land Americans on the moon. “We choose to go to the moon,” he declared, not because it is easy, but because it is hard.

As difficult a technological feat as the Apollo moon program proved, within seven years NASA had met Kennedy’s challenge and ultimately sent a dozen astronauts to the surface on six missions between 1969 and 1972 at a cost of about $25 billion — roughly $250 billion in today’s dollars.

Sixty years after Kennedy’s speech, NASA is again getting ready to send humans to the moon. The uncrewed Artemis I, the first test flight of the hardware that will be used to send astronauts later, is set to lift off Monday, if all goes well.

No doubt, many people are wondering: Why go back?

The rock samples brought back by Apollo astronauts decades ago taught scientists a lot about the geologic history of Earth and the moon.

What can be gathered by today’s astronauts could tell us even more, says David Kring, a lunar geologist at the Center for Lunar Science & Exploration in Houston, Texas.

It’s easier to set down a spacecraft near the moon’s equator, so that’s where all six Apollo landings occurred. But now, NASA has more ambitious aims.

Just days ago, NASA announced 13 possible landing sites, each in the south pole region, where water ice has been confirmed deep inside craters that never see sunlight. A crewed lunar flyby, Artemis II, is anticipated for 2024. And the first crewed landing, Artemis III, could come as early as 2025.

The sites “are some of the best places to go for lunar geology and understanding lunar ice and sampling lunar ice,” says Bethany Ehlmann, associate director of the Keck Institute for Space Studies at the California Institute of Technology.

“If you really want to understand the origin of the evolution of the solar system, there is no better place … to go [than] the moon,” Kring says. Because the moon has never had an atmosphere or flowing water, it is not subject to weathering and erosion and has thus preserved evidence of its origin, he says.

As technology has steadily improved in the decades since Apollo, the level of detail on the moon’s surface revealed by such probes as the Lunar Reconnaissance Orbiter “is so extraordinary that we’ve already identified rocks on the lunar surface that we want the astronauts to collect,” Kring says.

Having astronaut boots on the moon has other advantages, too, says Craig Hardgrove, an associate professor in the School of Earth and Space Exploration at Arizona State University. He considers himself “a huge fan of robotic exploration,” but nonetheless acknowledges that rovers and landers are limited by the scientific instruments they carry with them. They also have a harder time capturing as much data on the detailed geologic context and landscape as an astronaut trained in geology can.

Humans, by contrast, “are able to collect a large number of samples much quicker than robots,” says Hardgrove, who is principal investigator of the Lunar Polar Hydrogen Mapper (LunaH-Map) mission, set to launch aboard the Artemis I rocket. The shoebox-size probe aims to pinpoint the location of polar ice deposits.

With astronauts selecting the best samples and bringing them home, laboratories and universities can examine them with a wider range of sophisticated tools, he says. “If we can bring them back to Earth, I think we have a much better shot at answering even more questions than we can if we’re limited to rovers.”

It’s a stepping stone to Mars

Mars is at least 200 times farther from Earth than the moon, which means an enormous challenge in keeping astronauts safe from such things as radiation exposure, Hardgrove says.

“The launch windows to get to Mars are once every two years,” he says. “So, we would be thinking about keeping our astronauts on the surface of Mars for a long period of time. I personally feel like we would be doing them a service and everyone a service if we test out all these technologies on the moon first.”

Apollo was mostly about beating the Soviet Union to the moon. It succeeded, but there was no long-term plan to create a sustainable human presence there.

Artemis could change that, says Clive Neal, a professor of civil and environmental engineering and Earth sciences at the University of Notre Dame. He’s especially keen to see a gradual shift toward a permanent human presence on the moon.

Given that SpaceX, a commercial venture, has been chosen to provide the vehicle that will land Artemis astronauts on the lunar surface, that prospect may not be as far off as once thought.

“We need to build an infrastructure that’s going to say, ‘OK, we’re going to have human permanence on the moon and transition to commercial operations there in the future,'” Neal says. “And we can have a blueprint then at the moon of how to do these things sustainably that can be applied to more distant destinations.”

It could spur new technologies

Dozens of new technologies created to go into space and to the moon have also brought substantial benefits to people on Earth — spawning everything from hand-held computers to insulin pumps and freeze-dried food.

A 2013 study commissioned by NASA estimates that commercial products emerging from the space agency’s research return between $100 million and $1 billion annually to the U.S. economy. Many of those “spinoffs” had their origin in the Apollo program.

The Apollo Guidance Computer, for example, was a technological marvel of its day. It was an early demonstration of digital fly-by-wire technology that is used in modern passenger jets and military aircraft.

“We’re still reaping the rewards of miniaturization of electronics that happened during Apollo,” Neal says. “Think about mobile phones. This is a technology that maybe would not have happened without Apollo.”

A “super insulation” developed for NASA in the 1960s can now be “found hidden inside the walls and roofs of buildings, in cryogenic tanks and MRI machines, in winter gear, and in cases for electronic devices, among other applications,” according to NASA.

It’s often said that the Apollo moonshot inspired thousands of new engineers and scientists. While numbers are impossible to quantify, according to a 2009 survey of 800 researchers, “the Moon landings deserve credit for motivating a large fraction of today’s scientists … who have published in Nature in the past three years.”

With Artemis, “we’re going to get nearly live video from the surface of the moon and people are going to start thinking about the moon as a real place,” Hardgrove, of ASU, says.

“I think it can absolutely be inspirational, hopefully not just for people like me, but [also] people who may not be thinking about careers in space exploration or engineering,” he says.