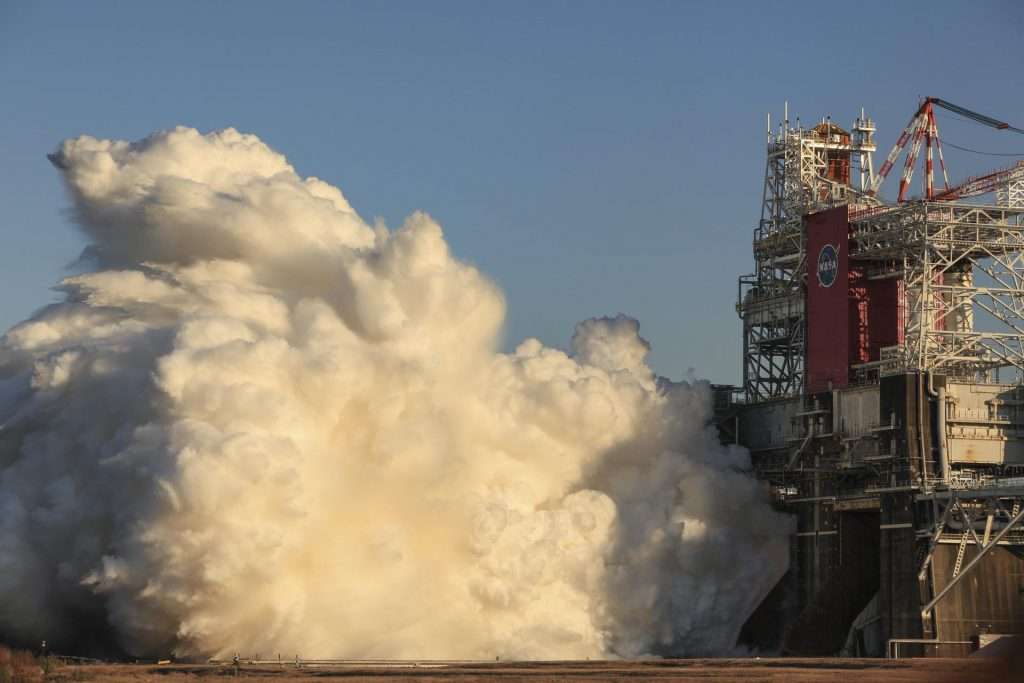 NASA engineers completed a preliminary investigation into Saturday’s SLS engine test that resulted in an early shutdown of the test.

NASA wanted to fire the four engines of the SLS core stage booster for at least two and up to eight minutes, but instead the test software shut it down about 67 seconds after firing.

In a blog post, NASA said a power unit that controls the gimbaling of one of the engines exceeded parameters set by the test, but the parameters were intentionally conservative to protect the rocket hardware.

If the same issue happened during an actual flight, NASA said a backup unit would have kicked in and the rocket would continue flying.

The so-called hot fire test is the final milestone in SLS’s green run campaign, a final check-out before shipping the rocket to Kennedy Space Center ahead of a planned 2021 launch.

It’s still unclear if NASA will attempt another hot fire test before shipping the hardware. “The data analysis is going to drive us and inform our decision as to whether we either proceed to the launch, or we perform an additional hot fire test,” said NASA’s John Honeycutt.

NASA plans to launch the SLS rocket carrying the Orion spacecraft from Kennedy Space Center later this year on an uncrewed mission around the moon. The Artemis I mission would pave the way for future human missions, including the first astronauts landing on the lunar surface since the Apollo program.

Leaders at the agency said that launch date is still possible. “We are still shooting for a launch this year,” said NASA’s human spaceflight chief Kathy Lueders. A retest of the hot fire could delay the launch further. “We’re going make the decision based on what data we need to ensure that when we get to our launch this year we know we can execute it successfully.”