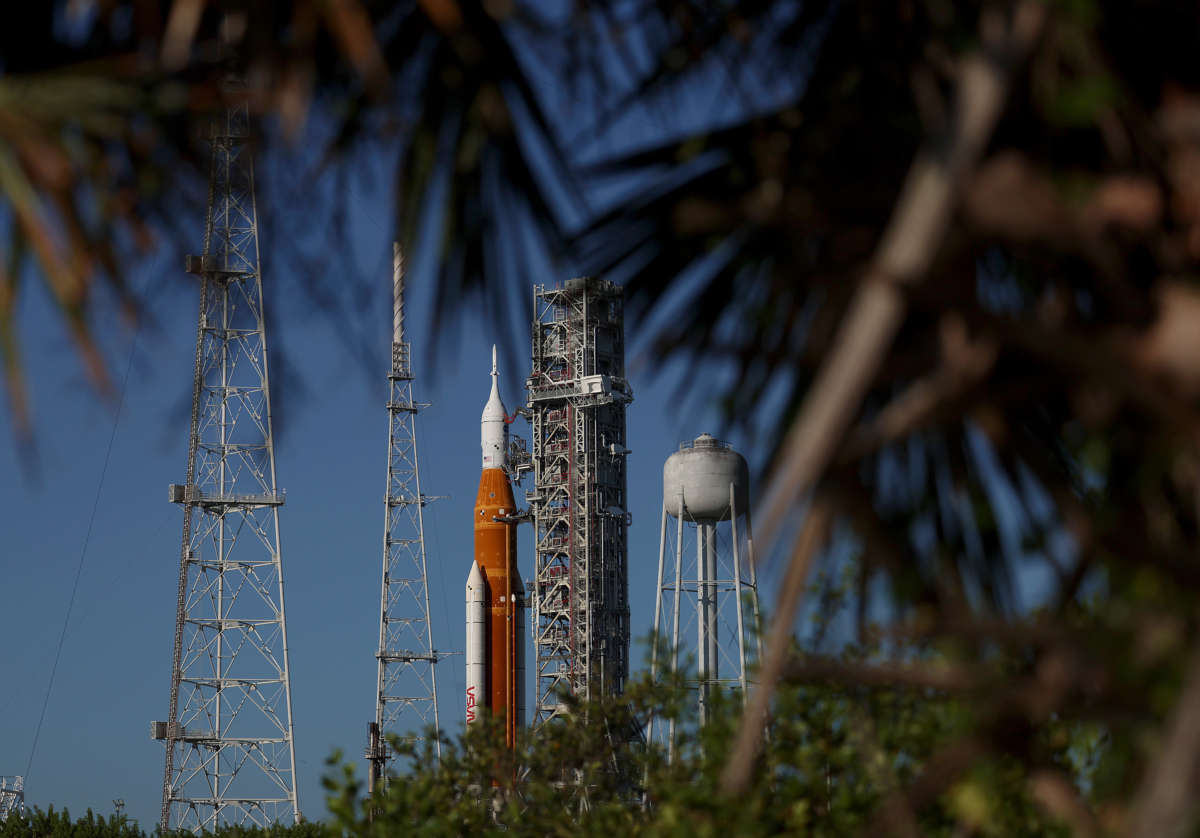 NASA's Artemis I rocket sits on launch pad 39-B after the launch was scrubbed at Kennedy Space Center on September 06, 2022 in Cape Canaveral, Florida.
Image credit: Joe Raedle

NASA says it hopes to attempt another launch of the unmanned Artemis I moon mission later this month.

During a press conference on Thursday, space agency officials said they were eyeing Sept. 23 or Sept. 27 as possible dates.

The announcement came shortly after NASA scrubbed a planned launch over the weekend because of a recurring liquid hydrogen fuel leak.

The agency still needs to get a waiver for its battery retesting requirement from the U.S. Space Force, which controls the range where Artemis will take off from.

“Certainly if they decide that is not the right thing to do, we obviously will support that and stand down and look for our next launch attempt,” said Jim Free, associate administrator of NASA’s Exploration Systems Development Mission Directorate.

Meanwhile, NASA engineers continue to repair the connection on the rocket where the liquid hydrogen leak was detected. Officials said they would conduct a tanking test to ensure the repairs were successful before any future launch.

Saturday’s cancelled launch was the second within a week. The first attempt to launch the rocket on Aug. 29 was also scuttled, due to what turned out to be a faulty sensor.

Artemis I is planned as an uncrewed flight test around the moon.