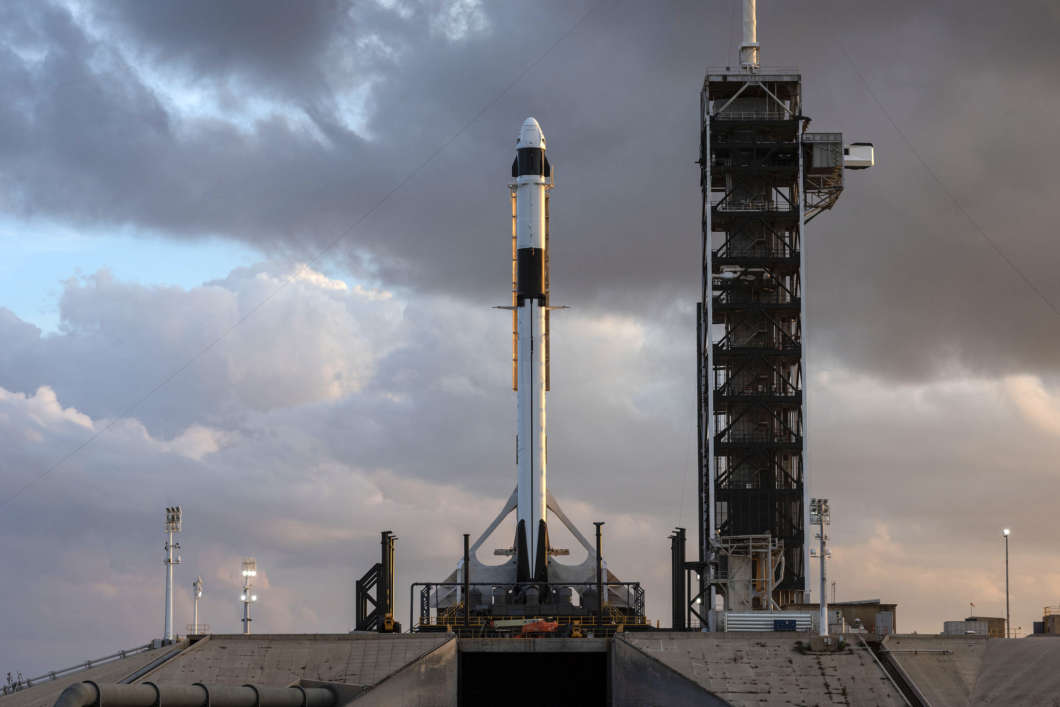 The SpaceX Falcon 9 rocket and Crew Dragon spacecraft rolled out to Launch Complex 39A and went vertical for a dry run to prep for the upcoming Demo-1 flight test. Photo: SpaceX

The uncrewed demonstration launch of SpaceX’s Crew Dragon, which will soon ferry NASA astronauts to the International Space Station, will have to wait until at least February to lift-off from the Kennedy Space Center.

NASA awarded private companies SpaceX and Boeing contracts to develop new vehicles to carry astronauts to the station. The launch will be the first in a series of test missions for the program.

The test flight, named DM-1, will launch the SpaceX Crew Dragon capsule from KSC on a Falcon 9 rocket. The capsule will then catch up with the ISS, dock itself to the orbiting outpost for a few days before returning to Earth – splashing down off the coast of Florida.

SpaceX plans to perform a mid-launch abort safety test before sending humans on a test flight to the station as early as this summer. Boeing plans to conduct a similar mission cadence with its first uncrewed test launch of its CST-100 Starliner capsule currently slated for March.

It’s unclear if a partial government shutdown is also to blame. More than half of KSC’s staff is not working. Only a few hundred of the nearly 2,000 federal workers are exempt from the shutdown, and thousands of the center’s contractors have been asked to reduce spending.

“SpaceX is assessing any impacts of the partial government shutdown to our commercial launches,” said SpaceX’s Eva Behrend. “NASA continues to support Commercial Crew Program operations as we move toward our first demonstration mission of Crew Dragon next month.”

NASA and SpaceX will confirm a new target date after coordination with the Air Force and ISS program managers.

A Boeing spokes person said its Commercial Crew launch dates are unaffected by the shutdown and everyone on Starliner is still working to get flying.

“The partial government shutdown has not had a material impact on Boeing to date,” the company said in a statement. “However, if the shutdown continues for an even more extended period of time, the effects may begin to weigh on our operational efficiency and pose other challenges for our business.”